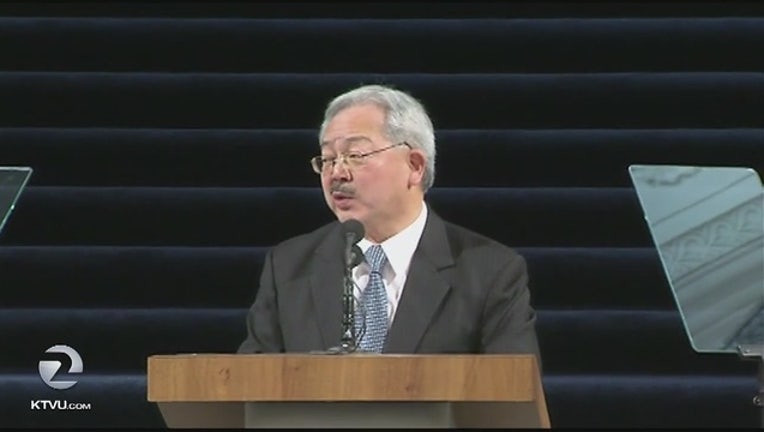 SAN FRANCISCO (BCN) - One person was arrested and two others detained in a protest at San Francisco's Fairmont Hotel Tuesday morning where Mayor Ed Lee and Oakland Mayor Libby Schaaf were speaking, according to police.

The protest occurred at the San Francisco Business Times Mayor's Economic Forecast breakfast, an annual event in which local officials discuss economic development, the state of the economy and regional cooperation.

Police did not immediately have further details on the identity of the person arrested or the nature of the offenses.