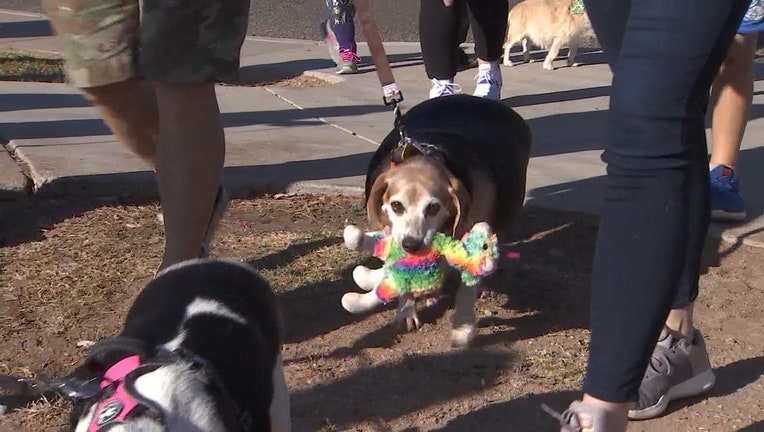 PHOENIX, Ariz. - One Arizona pup is capturing hearts across the nation with his amazing weight loss journey.

Wolfgang, a Beagle, is turning six years old, and since he's on the heavier side, his owners decided to give him a walk, and invited everyone. The goal was for Wolfgang to walk a mile.

With the help of the non-profit organization, Four-Legged Running, they helped raise money for animal shelters across the country. Wolfgang was originally picked up at the Arizona Beagle Rescue, a shelter that's been supported by the non-profit. Wolfgang, who turned six years old, was 90 pounds and seriously overweight.

Over time, he went to an integrative veterinarian who encouraged his owners to take him to the water treadmill, and is now walking 20 minutes at a time. 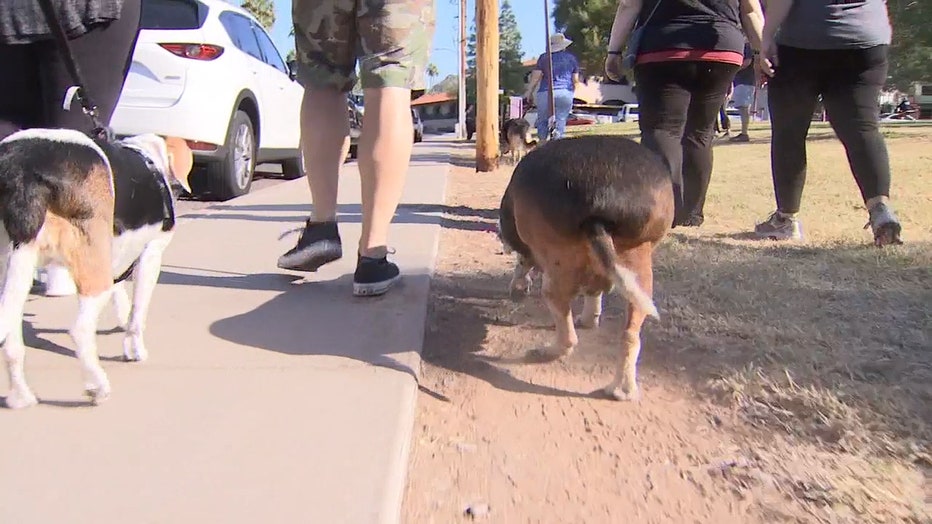 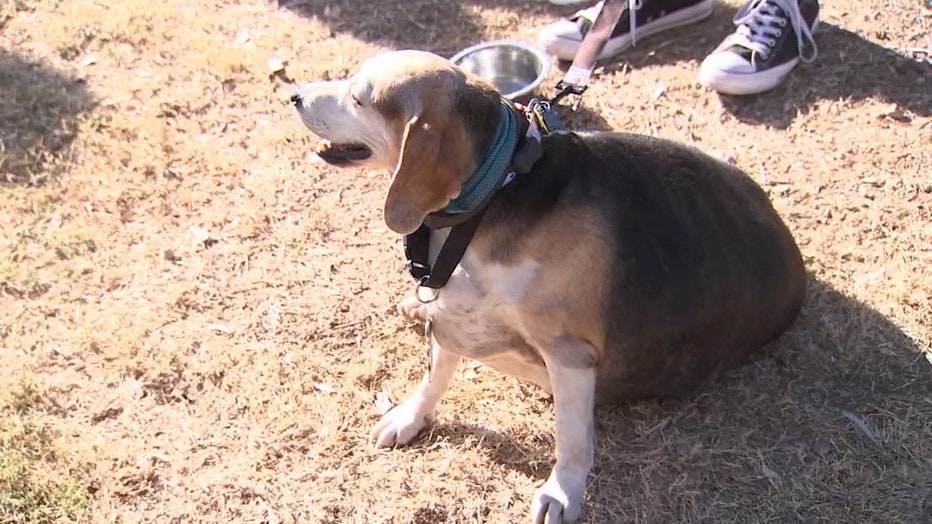