K9 Kozmo was released to help track the suspects. Officers eventually located the suspects but could not find Kozmo. The police dog was found dead after an extensive search.

The suspects were caught, but in the process something happened that killed K9 Kozmo.

They deployed spike strips and disabled the suspects’ vehicle near Bruton Road and Interstate 635. The suspects then took off on foot.

K9 Kozmo was released to help track the suspects. Officers eventually located the suspects but could not find Kozmo. The police dog was found dead after an extensive search.

"It does appear that there might have been a struggle involving K9 Kozmo," said Lt. Stephen Biggs.

A veterinarian will perform a necropsy and other tests to determine Kozmo’s cause of death. 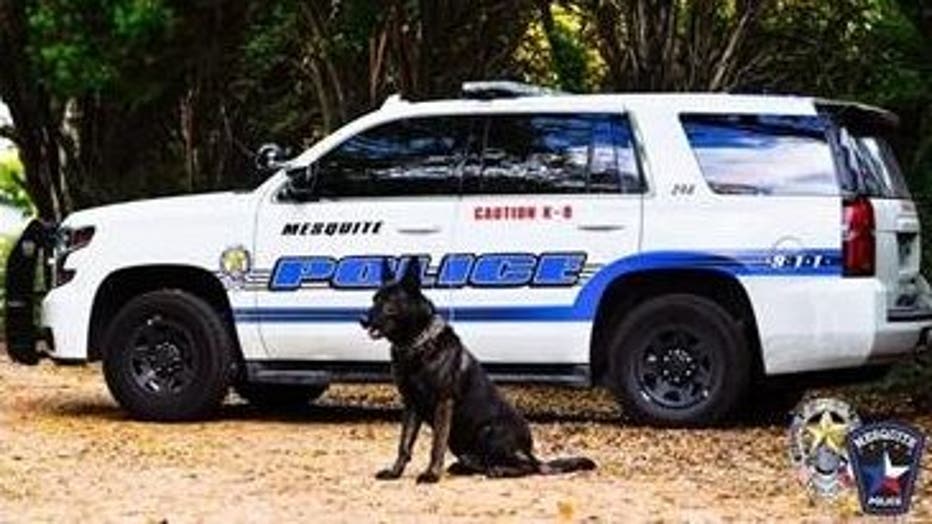 Flags were lowered Monday outside the Mesquite Police Department as they mourn the loss of K9 Kozmo.

"It’s a tragedy," Biggs said. "These animals are not just dogs they're officers and they're part of our MPD family."

"They're ultimately trained to give their life if they have to in the performance of their duties and that’s exactly what Kozmo did -- he gave his life so potentially one of our officers didn't get hurt," Biggs said.

The K9 unit Kozmo patrolled in was parked out front of the police department on Monday along with a display of his portrait.

"It's devastating. Not just for the handler, but for all officers here at our department," Biggs said.

The department is planning a memorial service for Kozmo.

The names of the suspects involved in the chase have not yet been released. If it’s determined Kozmo died violently at the hands of one of the people arrested, someone could face second degree felony charges.