READING, Pa. - Michael Constantine, who played the father in "My Big Fat Greek Wedding" and previously won an Emmy for his role in "Room 222," has died. He was 94.

The actor’s family announced his death to a local newspaper in his hometown of Reading, Pennsylvania. His brother-in-law told the Reading Eagle that Constantine died peacefully of natural causes on Aug. 31 surrounded by family.

Constantine had been ill for several years, but the nature of his illness was not disclosed, the newspaper reported. The news was also confirmed by his agent to multiple outlets, including the Associated Press and Variety. 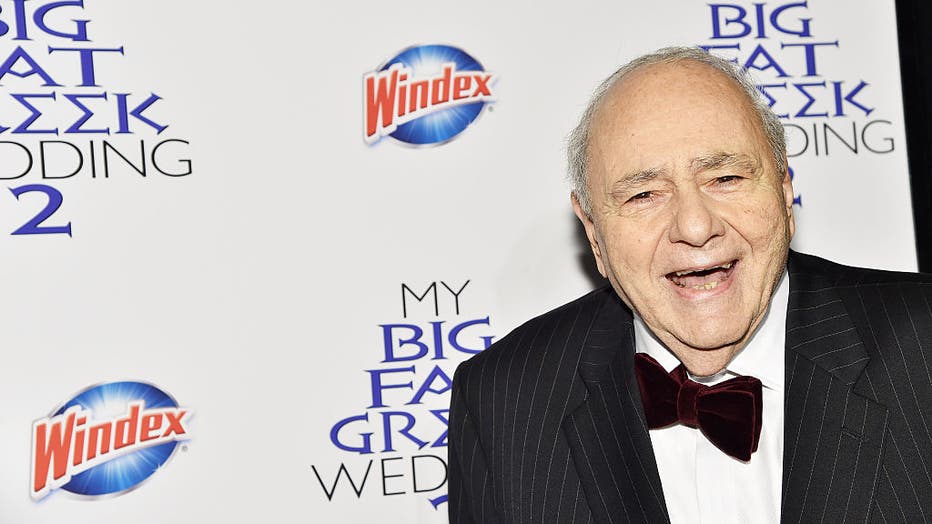 Constantine, whose birth name was Gus Efstration, was born May 22, 1927. He began his acting career in the 1950s on the stages of New York City and eventually pivoted to roles on my television shows, including "Room 222," an ABC comedy-drama set in a fictional, racially diverse Los Angeles high school.

Constantine’s role in the show as principal Seymour Kaufman earned him the Primetime Emmy Award for Outstanding Supporting Actor in a Comedy Series in 1970.

His most widely-recognized role came on the 2002 film "My Big Fat Greek Wedding," for his portrayal of Gus Portokalos, the Windex bottle–toting Greek father of Toula Portokalos, played by actress Nia Vardalos. The film was the highest-grossing romantic comedy of all time, earning a domestic gross of $241 million, according to Variety.

Vardalos, who served as a co-writer of the franchise, paid tribute to Constantine on Twitter.

"Michael Constantine, the dad to our cast-family, a gift to the written word, and always a friend," she wrote. "Acting with him came with a rush of love and fun. I will treasure this man who brought Gus to life. He gave us so much laughter and deserves a rest now. We love you Michael."

In addition to his two most popular roles, Constantine studied acting with Hoard Da Silva and spent nearly two years in the "Inherit the Wind" company, according to The Hollywood Reporter. After a few more roles on stage, he made his big-screen debut alongside Mickey Rooney in "The Last Mile" and went on to appear in, "The Defenders," "Naked City," "Dr. Kildare," "The Untouchables," "The Twilight Zone," "Perry Mason," "Ironside" and "The Flying Nun."

This story was reported from Cincinnati. FOX News contributed.