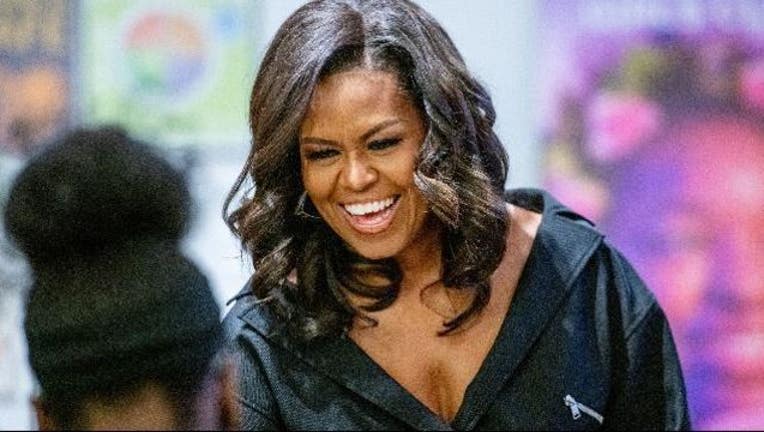 Her book tour has taken place at arenas and performing centers to accommodate crowds of fans far too large for any bookstore.

Her one Bay Area stop will take place at the SAP Center in San Jose on Dec. 14 at 8 p.m.

Her Bay Area appearance has been sold out for almost a month. Now, the re-sale market is booming. As of Wednesday morning the cheapest ticket online was just under $400, which is more than four times face value.

The tour, which was slated to end in 2018, has been extended into 2019 due to the enormous success of the non-fiction book.

“Becoming,” published four weeks ago, is among the fastest-selling nonfiction books in history and already among the best-selling political memoirs of all time.

Live Nation and Crown Publishing announced Tuesday that Obama will have 21 events next year, six of them in Europe.

She has been appearing at such arenas as New York City’s Barclays Center and Chicago’s United Center, with guest interviewers including Oprah Winfrey and Reese Witherspoon.

Her tour is now scheduled to end May 12 at the Ryman Auditorium in Nashville, Tennessee.