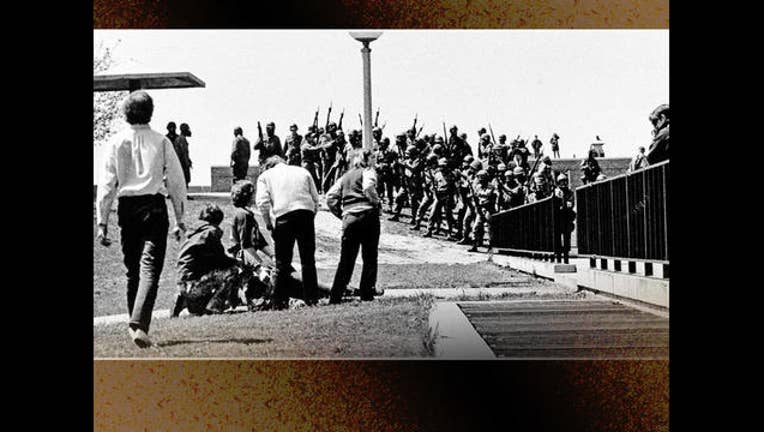 A group of youths cluster around a wounded person as Ohio National Guardsmen, wearing gas masks, hold their weapons in background on Kent State University campus in Kent, Ohio, Monday, May 4, 1970. (AP Photo)

Adamini said Monday that he was calling for an end to violence after a demonstration last week at the University of California, Berkeley that stopped a speech by right-wing commentator Milo Yiannopoulos. Some protesters broke windows and tossed smoke bombs.