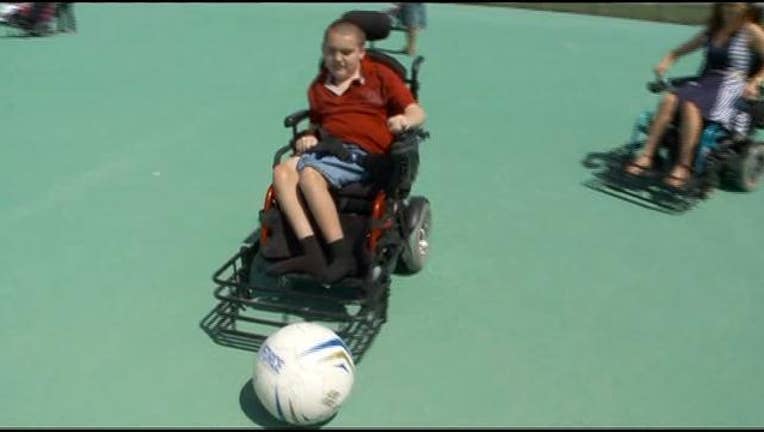 Like many other kids with special needs, he's been told what he can't do more often than what he can.

But now Salt Lake County's Miracle League is giving kids like Jacob a chance to be a part of a team with other teammates just like them.

A special baseball diamond was built in West Jordan, Utah. It doesn't have any grass, dirt, or elevated bases making it accessible for the special players in the Miracle League to play ball.

"Whether it's cerebral palsy, spina bifida, they're an amputee, they have autism, whatever their special need is that doesn't allow them to play baseball on a traditional team–they can come Saturdays in the fall and in the spring and play baseball just like any other kid," said Laura Lewis, a recreation therapist.

Shriners Hospital contributed to the growing league. They donated and designed power chairs so that children who can't kick a soccer ball won't need to in order to play.

"So in power soccer every child regardless of their ability to maybe walk into the field or not gets placed in the same power chair with a modified special cage that have been built and designed by Shriners Hospital for them so not only can they be safe they use the cage instead of their feet to manipulate the ball around the field," Lewis said.