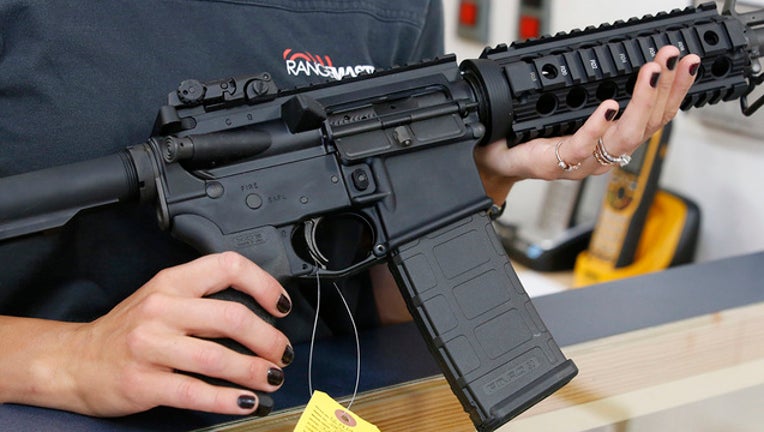 KANSAS CITY, Mo. (AP) - A Missouri lawmaker who's introduced measures that would force adults to own handguns and young adults to own AR-15 semi-automatic rifles said he's trying to make the point that mandates are bad and doesn't actually want to require gun ownership.

"The other side of the aisle loves mandates, so I'm trying to get them to make an argument against mandates," Republican state Rep. Andrew McDaniel, of the rural Bootheel community of Deering, said in a telephone interview.

The bills from McDaniel, a former deputy sheriff in Pemiscot County, would offer tax credits for people purchasing firearms. One bill would require any adult who is legally allowed to legally can possess firearms to do so. The other bill would require everyone who is 18 to 35 years old to have an AR-15. Under federal law, people must be at least 21 to buy handguns from a licensed dealer and at least 18 to buy a rifle.

McDaniel said people need to be able to protect themselves, particularly in rural areas where a single deputy may be patrolling a large geographic area. McDaniel said the legislation "points out the absurdity of the opposite side," and their proposals to "add more requirements and barriers for law-abiding citizens." He said he decided, "Let's get back at them."

He said no outside group is helping him with the legislation. The National Rifle Association didn't immediately respond to a request for comment.

The legislation comes amid a session in which a top aide to a Missouri state senator was arrested after a loaded gun fell to the floor during a fight at a Jefferson City bar. Two state House members also were involved in an incident at another Jefferson City bar that left one of them with a black eye. The incidents occurred after a House committee heard debate on legislation that would allow concealed weapons in public places that currently ban guns.

"From alcohol-fueled bar fights, to advancing legislation that would allow anyone to carry a concealed weapon anywhere from bars to daycares, to mandating gun ownership with a tax subsidy for gun manufacturers, the Missouri GOP rarely wastes an opportunity to embarrass themselves or our state," the Missouri Democratic Party said in a written statement. "Republicans should regroup during the spring legislative break and come back ready to do real work that moves Missouri forward."

No hearings on either of the bills are scheduled, and McDaniel said that "of course" the legislation wouldn't pass "as is." He says if anything moves forward, he would focus on tax credits and strip out the other elements.

"I would never try to mandate anyone do anything against their will," he added.