The MLB is investigating after a longtime umpire wrote on Twitter he would buy an AR-15 ahead of a feared second U.S. civil war if President Trump were to be impeached.

HOUSTON - Major League Baseball said Wednesday it has launched an investigation after a longtime umpire wrote on Twitter he would buy a semi-automatic rifle ahead of a feared second U.S. civil war if President Trump were to be impeached.

Rob Drake, a 50-year-old fulltime MLB umpire, posted the remarks Tuesday before deleting them soon after. His account had been deactivated by Wednesday. He first began working for the league in 1999 before becoming a fulltime umpire in 2010.

“I will be buying an AR-15 tomorrow, because if you impeach MY PRESIDENT this way, YOU WILL HAVE ANOTHER CIVAL [sic] WAR!!! #MAGA2020” Drake wrote, according to a copy of the since-deleted tweet obtained by ESPN. 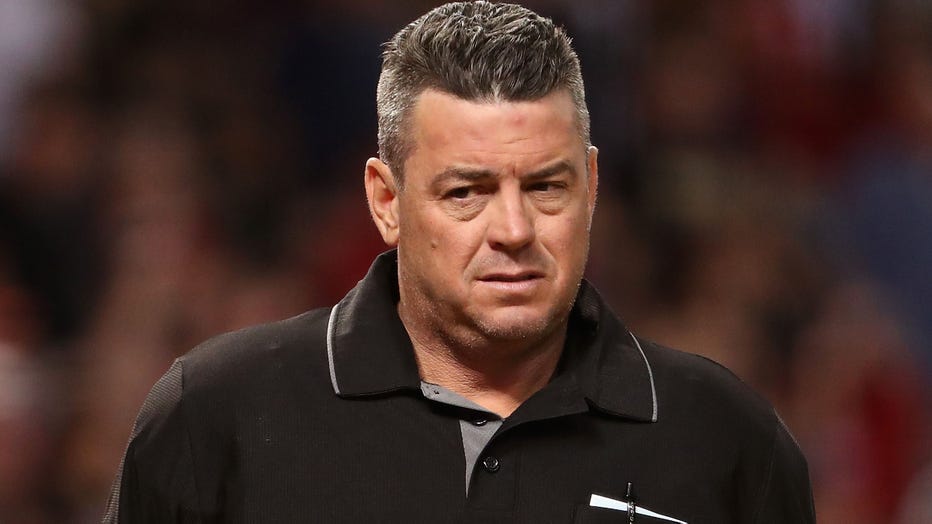 Home plate umpire Rob Drake during the MLB game between the Arizona Diamondbacks and the New York Mets at Chase Field on May 15, 2017 in Phoenix, Arizona (Photo by Christian Petersen/Getty Images)

Earlier Tuesday, Drake reacted to the Democratic-led House closed-door impeachment proceedings in an initial tweet writing: "You can't do an impeachment inquiry from the basement of Capital [sic] Hill without even a vote! What is going on in this country?"

“We have a political party trying to overthrow a president by lying, hiding, creating and manufacturing crimes. Where do we live? This is the UNITED STATES OF AMERICA! This isn’t Russia, Venezuela, Cuba,” Drake also wrote, according to separate unverified screenshots of his account activity posted by a Twitter user. The screenshots also showed that Drake retweeted messages promoting the far-right conspiracy theory QAnon.

Speaking before Game 2 of the World Series on Wednesday between the Houston Astros and Washington Nationals, MLB commissioner Rob Manfred told ESPN the league’s investigation into the tweet is ongoing. Drake was not assigned to work postseason games this year.