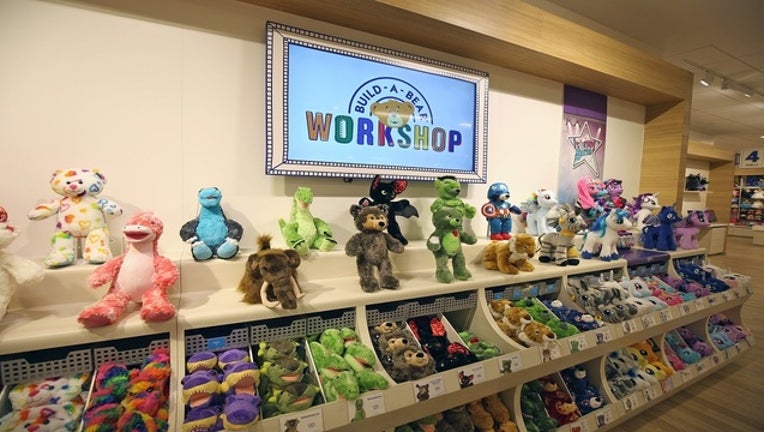 BLOOMINGTON, MN - SEPTEMBER 1: Build-A-Bear Workshop celebrated the launch of its new store format today at a grand opening ceremony at Mall of America in Bloomington, Minnesota. (Photo by Adam Bettcher/Getty Images for Build-A-Bear)

FOX NEWS - This is un-bear-able.

A mom was shocked by an unusual incident that allegedly unfolded at a child’s birthday party and turned to Reddit for advice.

The anonymous poster claimed on Reddit’s Parenting forum that she took her 6-year-old daughter to a classmate’s birthday party at Build-A-Bear Workshop over the weekend.

“The invitation said each kid (about 8 total) would get to make a Bear, and I just assumed they would get to take them home, since that is what happened at another BAB party I went to. Me and my husband even pitched in about 30 dollars as we know these things can get expensive,” the poster wrote on Reddit.

After the children spent time making their special animals and picking accessories, the group left the store and planned to go back to the birthday girl’s house for the rest of the party. However, as the kids left the workshop, the mom of the birthday girl announced each child would have to turn over their animal.

“All is well, we leave the store, then friends mom announces that the kids need to give all their animals to her daughter. Cue the upset and angry kids. They all disappointingly handed over their animals, and friend wasn’t even being nice about it either. Another little boy didn’t want to, and friend ripped it out of his hands. I probably should have said something, but I didn’t. The other parents seemed pretty baffled too,” she wrote.

The mom said she went to the party, but her daughter became upset watching as the birthday girl played with all her new animals.

After she returned home, the mom turned to Reddit asking if “this is totally normal and I should have expected this, or am I being an entitled parent?”

Those on Reddit were quick to respond, defending the mom as not being entitled.

“That is really weird!! I can't believe the parents made all the kids give away their bears,” one person commented.

“Agreed. Beyond strange. I would never in a million years think to have a party where the kids (and our guests) have to give away their item. So bizarre,” another wrote.

“Their daughter and family will forever be remembered for this. And NOT fondly,” another pointed out, concerned the birthday girl will now be disliked by her peers.

Though some tried to reason that maybe the parent throwing the party thought the bears would be gifts — but those attending the party should have been told in the invitation.

“I think it would have been less weird if they had said that up front like ‘Oh she wants a bear specially thought out by each of her friend’ to make it seem like they'll be special or something lol,” one person wrote.

In an update, the original poster explained that she talked to the mom of the party at the school pickup, but did not get a satisfying explanation.

The mom said she asked the mom throwing the party “why the kids didn’t get to keep their bears,” noting she “even pitched in a little bit of money, assuming the bears would go to the kids.

To which the mom allegedly responded, “Well I didn’t have enough money for each of the guests to make their own, that would get pretty expensive! If you want your money back I’ll see about getting it back to you. I don’t really see the problem though.”

Though the mom who wrote the post said she didn’t “push” the topic, she was frustrated that the mom didn’t “have enough money for all the kids” to get a bear, but had “enough [money] for her daughter to get like 8 bears.”

CHECK FOR UPDATES ON THIS STORY ON FOXNEWS.COM