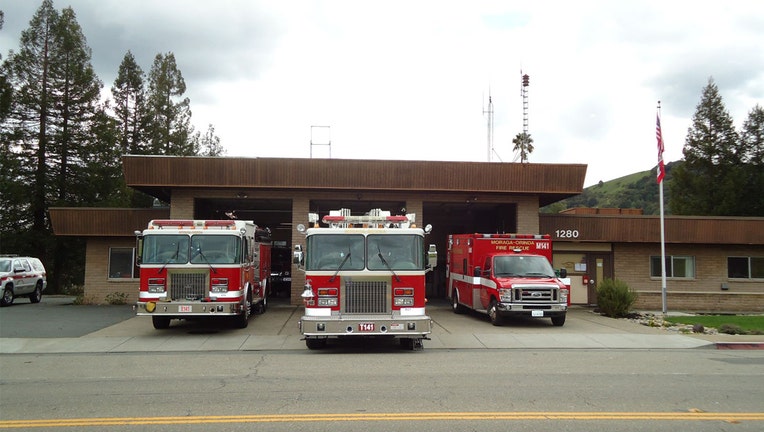 The Moraga Town Council on Wednesday will consider officially objecting to the idea, which town manager Cynthia Battenberg says in a staff report will be discussed at MOFD's May 19 board meeting.

A draft version of the letter, which would come from Moraga Mayor Mike McCluer, says "We strongly oppose MOFD spending resources studying a process for consolidation with ConFire. Resources should continue to be spent on the delivery of high-quality fire protection, fire safety, and emergency response systems."

The agenda for the May 19 MOFD meeting isn't available yet on the MOFD website.

According to the staff report for the upcoming town council meeting, the fire district was formed in 1997 "to provide high quality and fire protection services tailored to local needs of the Town of Moraga and City of Orinda."

MOFD considered consolidating with ConFire in 2009, an idea officially opposed by both cities. Eight letters from local residents to the town council, attached to this week's council agenda, show community members are already coming out against the idea.

"It seems crucially important to us in an area with high fire danger and many older citizens to have local resources controlled locally," wrote Diana Davisson. "Quick responses are especially crucial in times of drought. MOFD was formed because of frustration with the combined county and fire and emergency response."

"Since established in 1997, MOFD has become acknowledged as one of the most effective fire districts in CA, so what are the benefits of merging?" wrote Dave and Joan Seldon. "MOFD is locally-focused, managed, and has control over the tax dollars that fund our fire district. MOFD understands our terrain, network of roads, vegetation, open space, and commercial areas. MOFD has developed approaches to fire suppression, firefighting, and paramedics service that are specific to Orinda and Moraga."