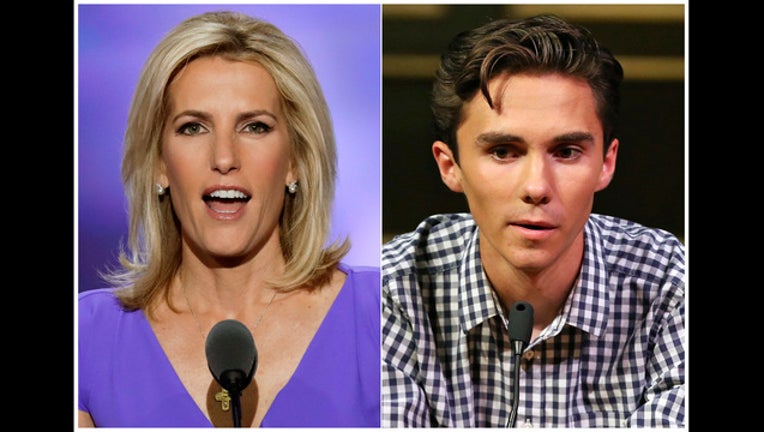 At least 11 companies had said by Friday afternoon that they would pull their ads from "The Ingraham Angle."

On Wednesday, Ingraham tweeted, "David Hogg Rejected By Four Colleges To Which He Applied and whines about it." In response, the outspoken Marjory Stoneman Douglas High School student tweeted a list of a dozen advertisers and encouraged followers to call them and ask them to drop Ingraham.