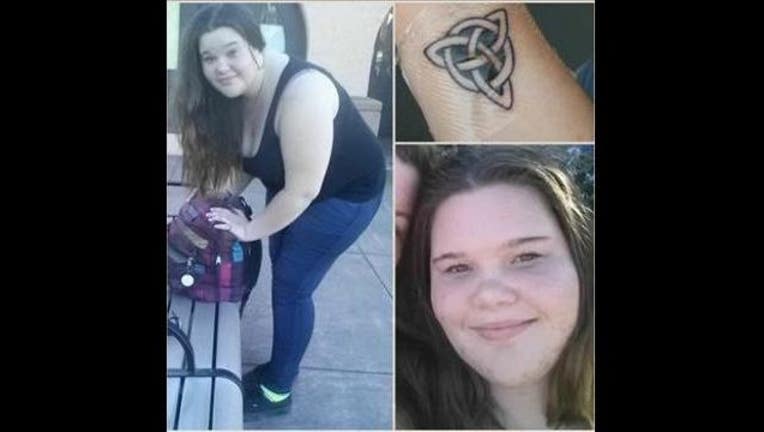 Desirae Akins-Qualls was reported missing after she did not show up at school in San Jose on the morning of May 4.

On Thursday morning, Morgan Hill police asked for the public's help in finding the teen, who had left home to catch a Santa Clara Valley Transportation Authority bus on Monterey Road at Vineyard Boulevard a week before.

Akins-Qualls had run away before, but always called home within a day or two, Morgan Hill police Sgt. Carson Thomas said.

The teen's bus stop is one block from a Safeway store where Antolin Garcia-Torres, 26, was convicted on Tuesday of attempting to kidnap a woman as she climbed into her car in 2009, but Thomas said Thursday that police had no evidence of "any connection or any real similarities" between the cases.