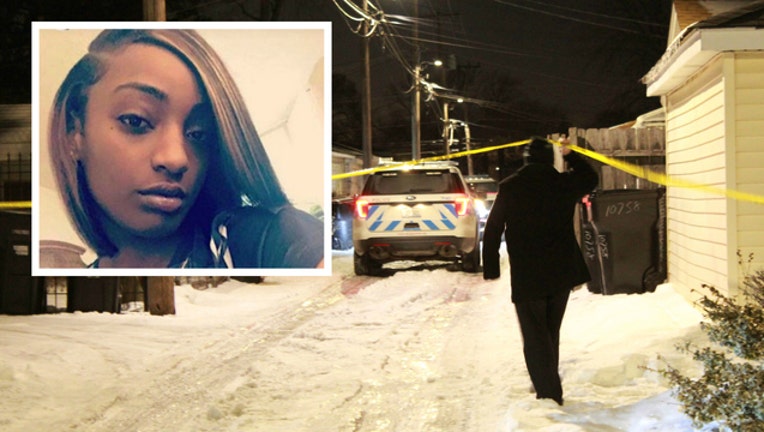 CHICAGO (Sun-Times Media Wire) - A 24-year-old woman who was shot to death Friday morning in the Roseland neighborhood is being remembered as “a hardworking parent.”

About 2:35 a.m., officers responding to a call of shots fired found Ambriana Collins suffering from several gunshot wounds to her chest in an alley in the 10700 block of South Eberhart on the Far South Side, according to Chicago police and the Cook County medical examiner’s office.

Investigators were told a white truck was seen speeding from the scene of the shooting, police said.

Collins was pronounced dead at the scene about 15 minutes later, authorities said. She lived in the neighboring West Pullman neighborhood.

Collins left behind a 4-year-old son named Angelo, according to her relative Shiela House, who said the boy’s father died from cancer last October.

“Everybody’s just so lost about it,” House said.

Another relative, Devin Williams, said Angelo might be staying with his grandmother for now.

House said Collins was a hardworking mother, noting that she was employed at both a Popeyes restaurant and a McDonald’s location at 103rd Street and Kedzie Avenue.

“We’re just so stunned,” House said. “Everybody called her Ambrii. She was loved by so many.”

An autopsy conducted Saturday found that Collins died from multiple gunshot wounds, and her death was ruled a homicide, according to the medical examiner’s office.

No one was in custody Sunday morning as Area South detectives investigated the shooting, police said.