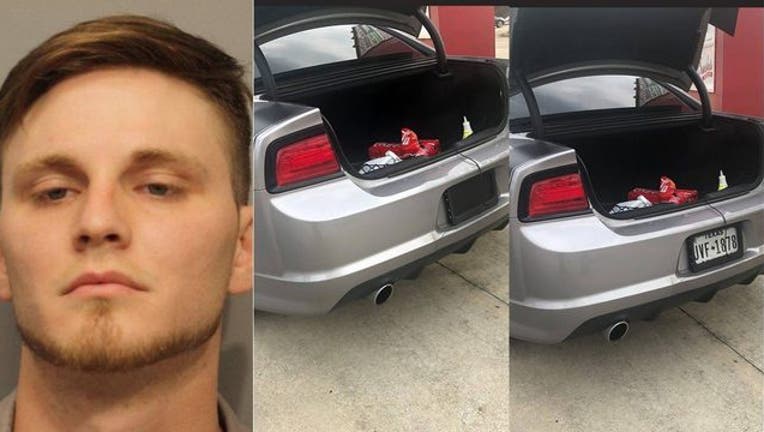 FoxNews.com - Houston cops have arrested a man they say avoided paying nearly $5,500 in tolls on Houston roads with an illegal “license plate flipper.”

Preston Talbot, 27, of Houston, was stopped Thursday for avoiding a toll on the Sam Houston Expressway and charged with a misdemeanor, police said.

“He would activate this device, putting a flipper down in front of his license plate, so the cameras at toll plazas couldn’t read his plate,” Harris County Constable Mark Herman told KHOU-TV Friday.

The device Talbot is accused of installing in his car worked with the touch of a button, the station reported.

The devices are advertised online but are illegal to possess in Texas.

“Obviously, this was a stupid mistake,” Talbot’s mother Becki Morgan told the station.

“I have a Texas tag on my car and do everything legally,” Morgan said. “I’m not interested in shorting the system and wasn’t aware that my son was.”