Speaker Nancy Pelosi named House prosecutors for President Donald Trump’s impeachment trial on Wednesday ahead of votes to send the charges to the Senate, even as new information about the president's Ukraine efforts intensified pressure for more witnesses.

WASHINGTON - House Speaker Nancy Pelosi announced the impeachment managers for the trial against President Donald Trump in the Senate in a press conference on Wednesday morning.

The seven-member prosecution team will be led by chairmen Schiff of the House impeachment proceedings and Intelligence Committee, as well as Nadler of the Judiciary Committee. They are two of Pelosi’s top lieutenants for only the third presidential impeachment in the nation’s history.

“Today is an important day,” said Pelosi, flanked by the team. “This is about the Constitution of the United States.”

The Speaker said she is “very proud and honored” that the seven “distinguished” members have accepted the responsibility to protect and defend the constitution. 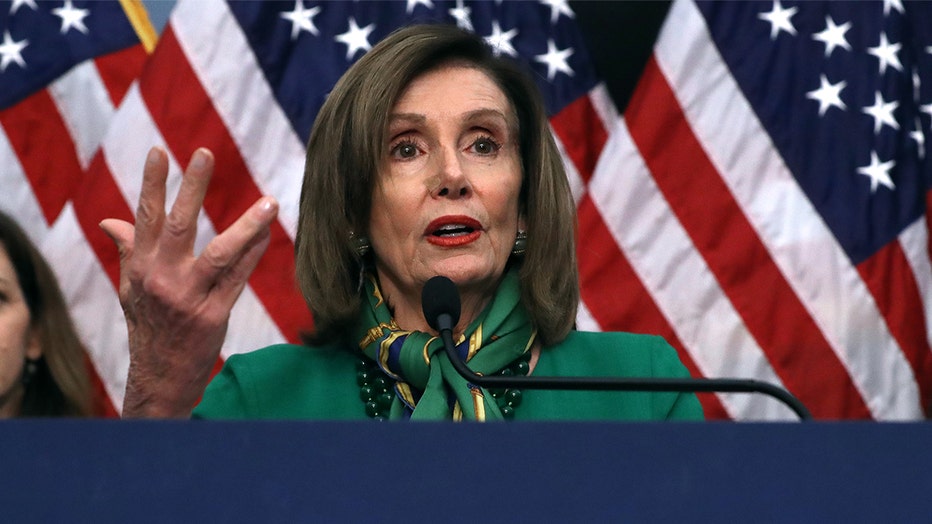 Speaker of the House Nancy Pelosi (D-CA) speaks during a news conference marking the tenth anniversary of the Supreme Court's Citizens United decision at the U.S. Capitol January 14, 2020 in Washington, DC. (Photo by Chip Somodevilla/Getty Images)

The impeachment managers each spoke after the House Speaker during the press conference, underscoring the importance of witnesses and documents.

“In America, no one is above the law,” Jeffries said.

Democrats are also preparing for Wednesday's House vote to send the Trump impeachment articles to the Senate.

Ahead of the vote to approve the team and transmit the articles of impeachment, Schiff released new records from Lev Parnas, an associate of Trump lawyer Rudy Giuliani, about the Ukraine strategy. including an exchange with another man about surveilling later-fired Ambassador Maria Yovanovitch.

"If McConnell makes this the first trial in history without witnesses, it will be exposed for what it is and that is an effort to cover up for the president,” Schiff said.

Schiff said the new evidence should bring more pressure on Senate Majority Leader Mitch McConnell, who is reluctant to allow witnesses to testify.

During Pelosi's press conference, Trump tweeted that impeachment was “another Con Job by the Do Nothing Democrats. All of this work was supposed to be done by the House, not the Senate!”

Under Pelosi, the House voted Dec. 18 to impeach Trump on charges of abuse of power and obstruction of Congress stemming from his conduct toward Ukraine.

"He has been impeached forever. Nothing can erase that," Pelosi said referring to Congress holding the president accountable.

The other presidents who have been impeached are Bill Clinton and, in 1868, Andrew Johnson. President Richard Nixon resigned before the House could impeach him.

Pelosi delayed the transmission of the articles to the Senate, holding out for more specific terms of the trial.

The Senate is expected to transform into an impeachment court as early as Thursday, although significant proceedings wouldn't begin until next Tuesday after the Martin Luther King Jr. holiday. The Constitution calls for the chief justice to preside over senators, who serve as jurors and swear an oath to deliver "impartial justice.''