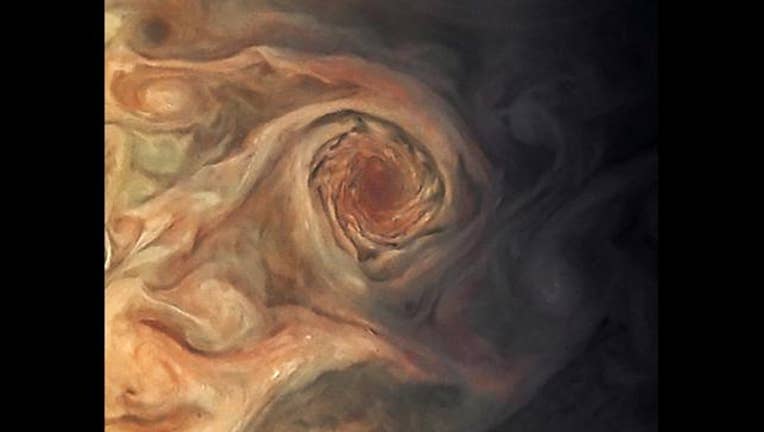 (KTVU) - NASA’s $1 billion Juno spacecraft has just released groundbreaking images of Jupiter’s poles for the first time since orbiting around the planet.

The probe launched in August 2011 and took five years to reach and settle into orbit around the planet, which is more than 415 million miles from Earth.

On March 27, the fifth flyby was completed and released a fresh batch of images back to Earth.

Astronomy enthusiasts that have received the raw footage are turning the gray, unprocessed photos into detailed vibrant images.

Juno’s next flyby will take place on May 19 and it will eventually descend into Jupiter’s atmosphere sometime in 2018.