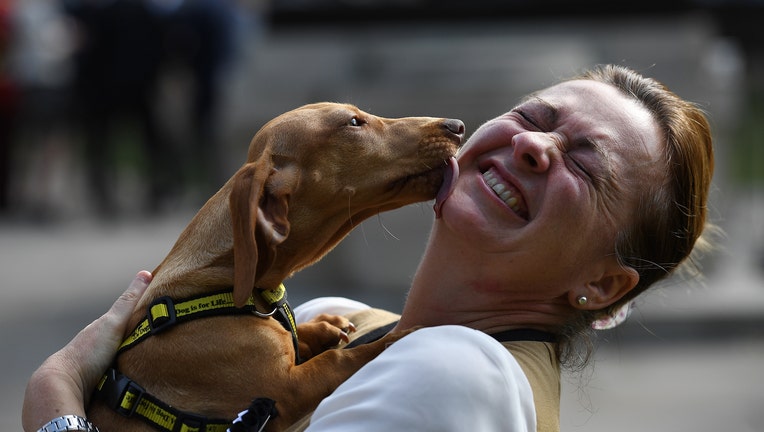 While the love for our loyal companions knows no bounds, this year National Pet Day is celebrated on Sunday, April 11.

Studies have shown pets help decrease stress, improve heart health and even help children with their emotional and social skills, according to the National Institutes of Health.

From "All Dogs Go to Heaven" to "Must Love Dogs" to "Cats of Japan," below you’ll find the "purrrfect" films and documentaries to celebrate the occasion with your best friend.

After being betrayed by his partner in crime, a dog cons his way out of Heaven to get revenge, teaming up with an orphan who can talk to animals.

After a beagle puppy learns about an elite team of undercover canines, he does his part to stop cats from making all people allergic to dogs.

When a beloved doggy daycare is threatened with closure, a remarkable street pooch named Mutt rallies his canine friends to the rescue.

Maverick cop, Jake Wilder, is convinced his career is in jeopardy when he meets his new partner: a mischievous, high-I.Q. canine named Reno.

A Los Angeles travel agent must relocate to Alaska to claim a land inheritance, but to do so, he'll have to first compete in an extreme dog sled race.

A nun attempts to rehabilitate hardened criminals in the Main State correctional system by getting them to work with and train eye seeing dogs.

Divorced and dateless for two years, 37-year-old Sarah Hurlihy sets out to change her single status when she bravely answers an online Personals ad.

The inspiring story of a boy cut off from the world as he lives with his father on a coastline and forms a powerful bond with a young pelican.

A crabby horse named Ginger brings newfound joy to a dispirited girl, still recovering from the car accident that killed her father.

The ‘Air Bud’ teams brings families a tale of two sisters who hide a Great Dane puppy from their new adopted parents in a no-dogs-allowed building!

Documentaries about pets and animals

Dogs with Jobs (2000) - Dogs can be heroes too, as seen in this series showcasing different service and working dogs from all over the world with amazing career histories.

Dogs on the Job (2019) - Dogs are not only man’s best friend - they assist mankind with great purpose and responsibility, as shown in this fascinating history of their work.

Cats of Japan (2019) - Watch countless cute kitties all across Japan as they lounge around, explore, and bring joy and cuddles to the lives of their human companions.

World’s Ugliest Pets (2018) - A light-hearted exploration of furry friends that don’t meet the typical definition of "adorable," hosted by an underdog-rooting animal lover.

Baby Animals Around the World (2017) - An adorably cute and humorous series that follows different baby animals around the world as they go about their day, whether as pets or in the wild.

Tubi is an ad-supported video-on-demand service with a massive library of 30,000 movies and television shows that are free to stream for viewers. The platform is currently available in the U.S., Canada, Australia and Mexico.
tubitv.com/