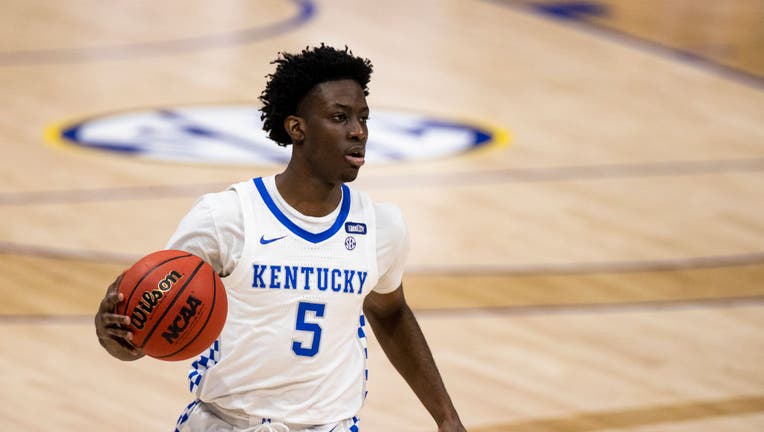 NASHVILLE, TN - MARCH 11: Terrence Clarke #5 of the Kentucky Wildcats dribbles the ball at half court against the Mississippi State Bulldogs during the first half of their second round game in the SEC Men's Basketball Tournament at Bridgestone Arena

According to a report from FOX 56 in Lexington, Kentucky, police responded to a call of a crash a little before 2:15 p.m. PT near the intersection of Winnetka Avenue and Nordhoff Street in the Chatsworth area.

Clarke died while he was being rushed to the hospital, FOX 56 reports. The 19-year-old hooper's agent Rich Paul, who Clarke had just hired the day before the crash, later confirmed the tragic news on social media.

Clarke had declared for the 2021 NBA Draft following his freshman season at Kentucky. The Boston native averaged a little over 9 points per game with 2.6 rebounds and 2 steals per game. He was sidelined for a big part of the 2020-2021 college basketball season due to a leg injury.

"We are saddened and devastated by the tragic loss of Terrence Clarke. Terrence was an incredible, hard-working young man. He was excited for what was ahead of him and ready to fulfill his dreams. Our prayers go out to Terrence and his family, who ask for privacy during this difficult time."