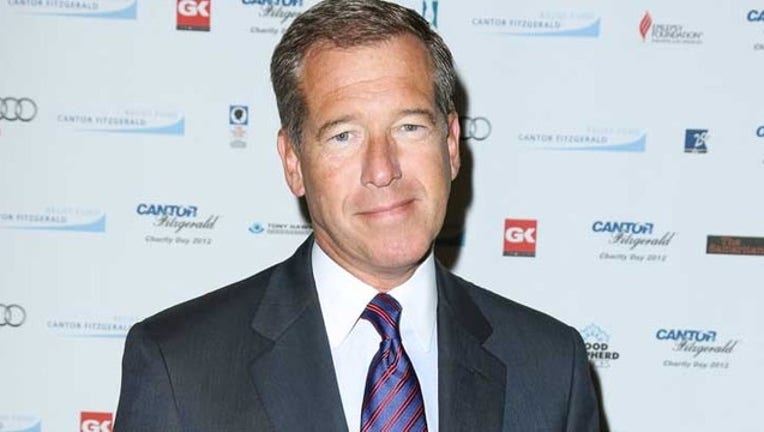 NEW YORK (AP) — NBC announced Tuesday that it is suspending Brian Williams as "Nightly News" anchor and managing editor for six months without pay for misleading the public about his experiences covering the Iraq War.

The network's decision came less than a week after Williams apologized for saying on the air that he was in a helicopter hit by a grenade in 2003. Instead, he was in a group of helicopters and another was hit, and some veterans involved in the mission called him out on it.

NBC chief executive Steve Burke said Tuesday that Williams jeopardized the trust he has built up with viewers during his decade as the network's lead anchor.

"His actions are inexcusable and this suspension is severe and appropriate," Burke said. But he said "he deserves a second chance and we are rooting for him. Brian has shared his deep remorse with me and he is committed to winning back everyone's trust."

NBC News President Deborah Turness said the review of Williams' work by NBC's investigative editor Richard Esposito, together with the network's general counsel, is continuing. She said she was concerned with Williams' comments both on the air and in outside venues. Williams told the war story on David Letterman's talk show two years ago in addition to "Nightly News" on Jan. 30.

Williams has the responsibility to be truthful and uphold the standards of the news division, Turness said. But she said she felt it would be wrong to disregard the work that Williams has done and the "special relationship" he has built with viewers over 22 years.

"As I'm sure you understand, this was a very hard decision," she said in a memo to NBC staff members. "Certainly there will be those who will disagree. But we believe this suspension is the appropriate and proportionate action."

Some critics called for Williams' firing, suggesting that it would be difficult for NBC viewers to trust him again. But others, including several viewers who wrote on NBC's Facebook page, said they would be angry if NBC let him go for this violation.

It was a crucial commercial decision for NBC, too. "Nightly News" has remained atop the evening news ratings, and averaged more than 10 million viewers a night last week. Other NBC News shows, like "Today" and "Meet the Press," have faltered in the ratings.

Lester Holt, Williams' primary substitute, will fill in for him during the six-month suspension, Turness said.