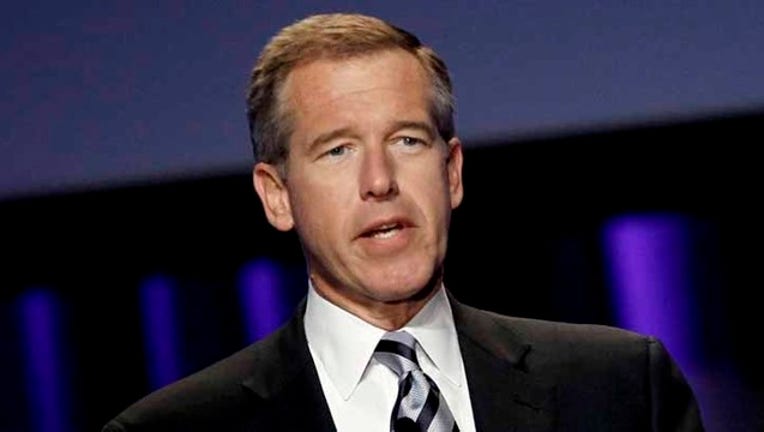 NEW YORK (AP) — NBC "Nightly News" anchor Brian Williams apologized Wednesday for incorrectly claiming as recently as last week that he rode on a helicopter that came under enemy fire when he was reporting in Iraq in 2003.

Instead, Williams said, he was in another helicopter trailing a Chinook that actually was hit. He apologized on "Nightly News" for getting it wrong.

The embarrassing admission came after a story in the Stars & Stripes newspaper pointing out the discrepancy. Williams had made the claim on the air last Friday during a story about Tim Terpak, an Army officer who he had befriended when Terpak was assigned to protect the NBC crew.

Williams reported on "Nightly News" that he had gone with Terpak to a New York Rangers hockey game. They were introduced to the audience by the public address announcer, who also repeated the claim that Williams' helicopter had been hit.

"This was a bungled attempt by me to thank one special veteran and by extension our brave military men and women, veterans everywhere, those who have served while I did not," Williams said on the air Wednesday. "I hope they know they have my greatest respect and also now my apology."

Stars & Stripes quoted Lance Reynolds, the flight engineer on the crew that rode with Williams, as saying that "it felt like a personal experience that someone else wanted to participate in and didn't deserve to participate in."

The newspaper said Williams' helicopter traveled about an hour behind the aircraft that actually took fire.

In a Facebook response to service members who had pointed out the mistake, Williams said that "I spent much of the weekend thinking I'd gone crazy."

NBC noted that a "Dateline NBC" story in 2003 correctly reported that Williams learned after his helicopter had landed that "the Chinook ahead of us was almost blown out of the sky." Williams said he also wrote about the incident correctly in 2008.

"Because I have no desire to fictionalize my experience ... and no need to dramatize events as they actually happened, I think the constant viewing of the video showing us inspecting the impact area — and the fog of memory over the years — made me conflate the two," Williams wrote.

Williams' helicopter and others, including the one that was hit, were grounded for three days as they waited for a sandstorm to subside.

Williams has anchored NBC's "Nightly News" since 2004, and his program consistently draws a bigger audience than his competitors, David Muir on ABC's "World News Tonight" and Scott Pelley on the "CBS Evening News."