Hailed as one of the greatest drummers in history, Peart passed away on Tuesday in Southern California.

Neil Peart, the renowned drummer and lyricist from the influential Canadian band Rush, has died. He was 67.

His representative, Elliot Mintz, said in a statement Friday that Peart died at his home Tuesday in Santa Monica. The band posted a message on Twitter also confirming the news.

“It is with broken hearts and the deepest sadness that we must share the terrible news that on Tuesday our friend, soul brother and band mate over 45 years, Neil, has lost his incredibly brave three and a half year battle with brain cancer," the band wrote. “Rest in peace brother.”

Peart was revered for his drumming skills, but was also the band's key songwriters, known for his fantastical lyrics. The respected musician placed fourth on Rolling Stone’s list of 100 Greatest Drummers of All Time, just behind Ginger Baker, Keith Moon and John Bonham.

Peart, alongside bandmates Geddy Lee and Alex Lifeson, were inducted in the Rock & Roll Hall of Fame in 2013, and honored for combining "the signature traits of progressive rock with a proto typical heavy-metal sound.” Their most known songs include “Tom Sawyer,” “The Big Money” and “The Spirit of Radio.”

“We've always said it's not something that meant a lot to us, but we knew our fans cared so much to be validated like that - that their favorite band like their favorite sports team should be celebrated as champions," Peart told The Associated Press when Rush was inducted into the Rock Hall. “We always knew that was the case and certainly to see it blossom after this is a testament to the truth of that."

But in 1976 the band marked a major breakthrough with the album “2112,” which sold three million units in the U.S. Rush’s most successful album was 1981’s “Moving Pictures,” which sold four million copies and featured the rock hit “YYZ,” helping the band earn its first-ever Grammy nomination (they earned seven nominations throughout their career).

Rush’s 1990’s “Chronicles” was a double platinum success, while 11 of the band’s albums were certified platinum and 10 albums reached gold status.

The band was heavily influential and fans of Peart and Rush paid tribute on social media.

“Today the world lost a true giant in the history of rock and roll. An inspiration to millions with an unmistakable sound who spawned generations of musicians (like myself) to pick up two sticks and chase a dream. A kind, thoughtful, brilliant man who ruled our radios and turntables not only with his drumming, but also his beautiful words,” Dave Grohl, who inducted Rush into the Rock Hall, said in a statement Friday. “I still vividly remember my first listen of “2112” when I was young. It was the first time I really listened to a drummer. And since that day, music has never been the same. His power, precision, and composition was incomparable. He was called “The Professor” for a reason: we all learned from him.”

Jack Black tweeted, “The master will be missed - Neil Peart RIP #RushForever.” Gene Simmons called Peart “a kind soul,” while Chuch D of Public Enemy recalled being inducted into the Rock Hall on the same night as Rush, saying backstage he and Peart shared “a unique moment without much word. Rest in Beats my man.”

“Thank you for inspiring me and for all your help and advice along the way, especially in the early days when you took the time to talk to a young green Danish drummer about recording, gear and the possibilities that lay ahead,” Metallica’s Lars Ulrich wrote on Twitter. “Thank you for what you did for drummers all over the world with your passion, your approach, your principles and your unwavering commitment to the instrument! Rest In Peace.”

In 2015, Peart announced he was retiring from touring.

Peart is survived by his wife, Carrie and their daughter, Olivia Louise Peart. He was also an author and published six books. 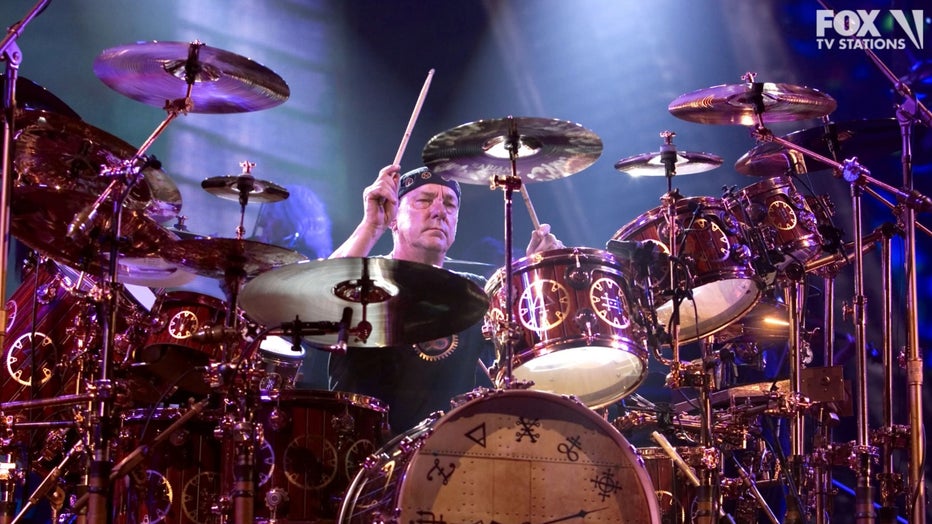 Rush performing live at the SECC in Glasgow 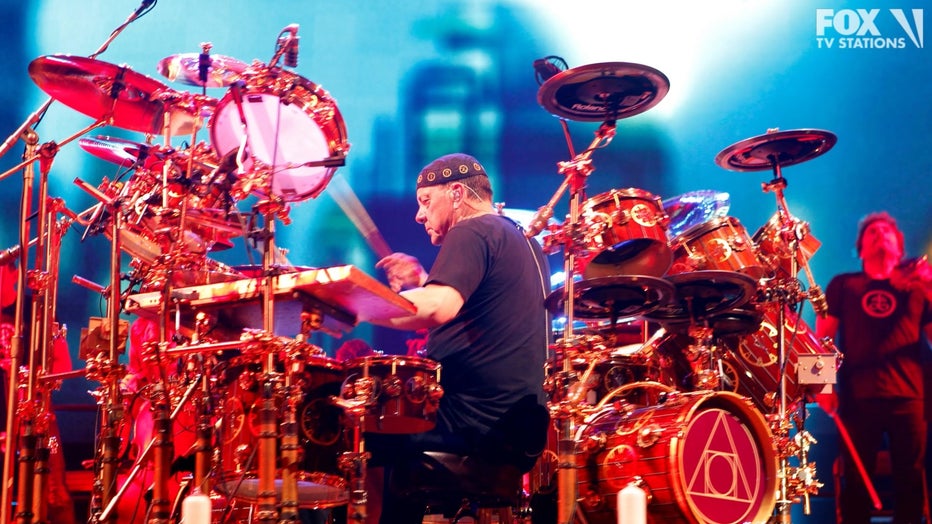 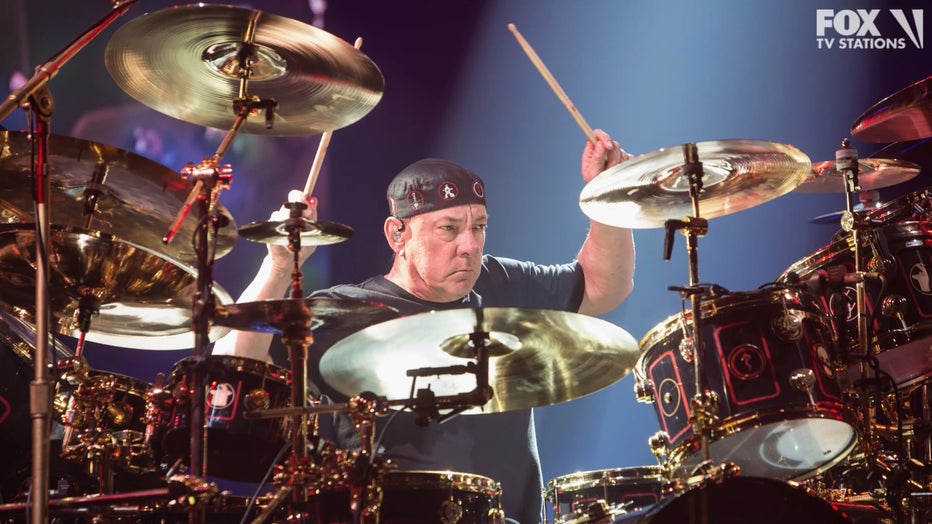