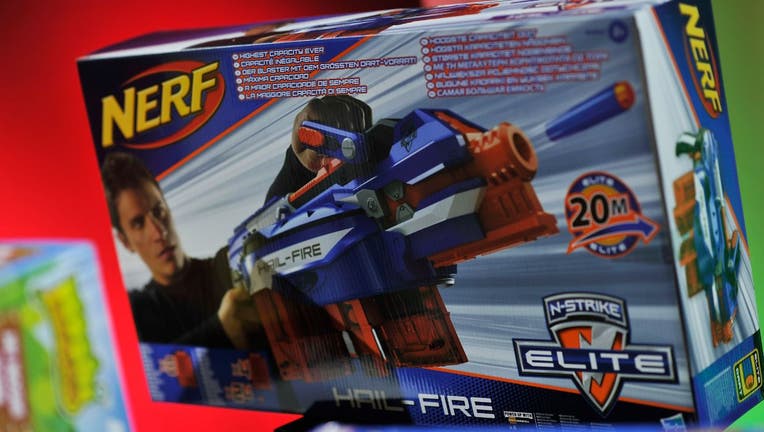 This never came up during career day.

As social media networks continue to grow and expand, companies are trying to keep up with trends. Sometimes, that means hiring someone to play with toy guns on TikTok.

Hasbro recently announced that it is hiring for a new position titled Chief TikTok Officer. Based on the job posting, the job is specifically tied to the Nerf brand of toy guns that shoot foam darts and other foam objects.

In the job listing, which says that it was written by "desperate millennials trying to appeal to Gen Z, Hasbro wrote: "It’s the Nerf blaster for me (did we do that right?). In any case, we need your help – because you, yes YOU, can become the next Nerf CTO (Chief TikTok Officer). The Nerf CTO is a big title with some bigger perks – Nerf blasters for uh… research purposes, real money, and bragging rights for three glorious months. If this sounds like a dream, that’s because it is."

The official job requirements say that the CTO will be responsible for creating 10 to 12 "approved Nerf related TikTok videos" a month for the official Nerf TikTok account. The CTO will also apparently still be able to post and comment from their own personal account while working as the Nerf CTO.

Unlike typical jobs, the application process for this position doesn’t involve filling out a normal application. Instead, potential TikTok officers should "post the perfect Nerf related TikTok video" to their own account and use the hashtag "NerfApplication" between the dates of March 26 and April 2. The job posting does say, however, the finalists will have to go through a formal application and interview process.