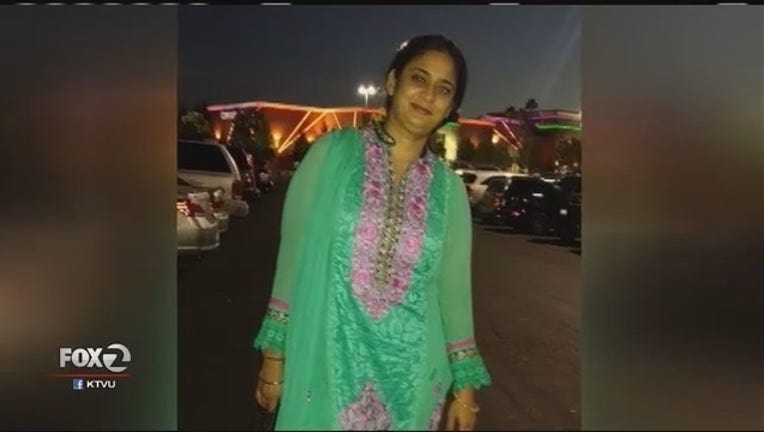 ALBANY, Calif. (BCN) -- A dental student was shot sometime after she attended afternoon prayers at a Sikh temple, police said as new details emerge Monday in an ongoing investigation.

Police said Kaur had attended afternoon prayers on March 8 at the El Sobrante Gurdwara Shaib, a Sikh temple. Kaur had apparently planned to spend the evening studying, according to police.

Kaur is a student at the University of California at San Francisco enrolled in the International Dentist Program with an anticipated June 2016 graduation date.

Police believe Kaur was killed sometime after she arrived home the evening of March 8. She was shot once in the head inside her apartment.

When Kaur didn't show up on Monday, her colleagues at UCSF grew concerned and notified a family member, who then went to her apartment and found her body, police said.

Detectives found no signs of forced entry into her apartment or foul play. Kaur's car, a 1999 Toyota, was found parked and locked at her residence.

On Monday, police found personal items belonging to Kaur inside a trash receptacle in the 5200 block of Panama Avenue in Richmond, roughly two miles away from Kaur's apartment.

Criminalists from the Alameda County sheriff's crime laboratory have been called to assist in the investigation, which police said is a standard practice for any homicide in the city.

Two additional investigators have been assigned to the case, bringing the total number of full-time investigators to six, along with several part-time personnel.

Police are asking for the public's help, particularly those who live on or frequent Kains Avenue in Albany or Panama Avenue in Richmond, in providing any information about suspicious people or activities on Monday or March 8 in those areas.

Anyone with information is asked to call Albany police investigators at (510) 525-7300.

A candlelight vigil is planned at UCSF on Monday evening from 5 to 7 p.m.