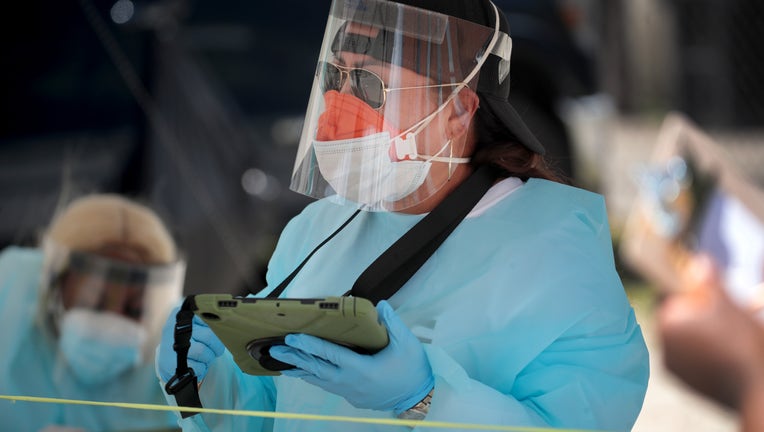 CHICAGO, ILLINOIS - JUNE 23: Workers check in residents at a mobile COVID-19 testing site set up on a vacant lot in the Austin neighborhood on June 23, 2020 in Chicago, Illinois. The site is one of four mobile testing sites, two community-based sites

ALAMEDA, Calif. (KTVU) - A new COVID-19 testing site in Alameda was forced to temporarily close, just one day after opening.

The testing location operated by City Health Urgent Care had opened Wednesday to large crowds at the Research Park at Marina Village.

Testing was free and results were expected back within 15 minutes, as opposed to waiting days or sometimes weeks.

"The property owner of our Alameda testing site has requested we cease operations until further notice," according to a statement on the facility's website. "We're hoping to resolve this as quickly as possible to resume testing."