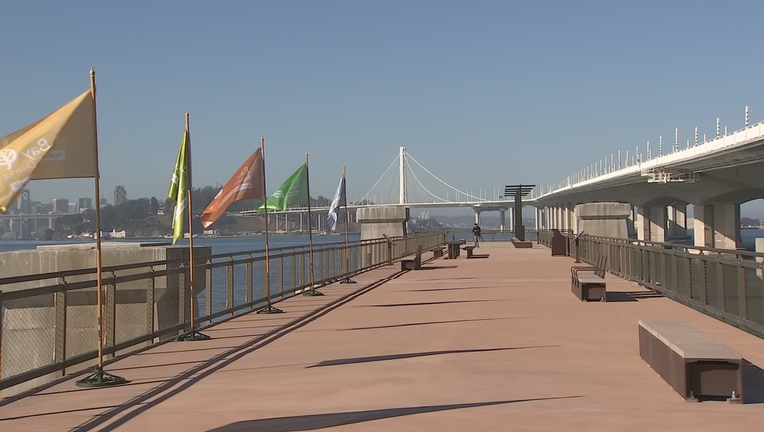 OAKLAND, Calif. - A new shoreline park is now open to the public at the eastern touchdown of the Bay Bridge in Oakland.

“Judge John Sutter Regional Park Shoreline will have over 40 acres to serve our diverse population," said Dee Rosario, East Bay Regional Park District board member. "A destination for outdoor activities that include walking, picnicking, and for the adventurous, a hike along the Bay Trail on the Bay Bridge.”

Parkgoers will have spectacular views of the bay and the new eastern span of the bridge. The park also connects the Bay Bridge bicycle-pedestrian trail and it has a large, renovated 1930s-era electric train maintenance building to host concerts and community events.

The shoreline park is named in honor of former Alameda County judge and city councilman John Sutter, who served on the East Bay Regional Park District Board and was a dedicated environmentalist.