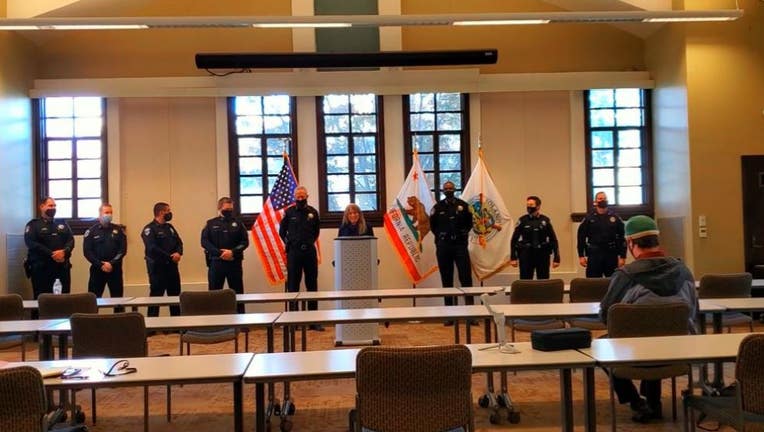 The new protocol signed unanimously by chiefs of police throughout Solano County will oversee the county's police departments.

“This initiative has been a vision of mine for many years now,” said Abrams. “Incidents involving the use of deadly force can be traumatic for everyone involved, and especially for the families of those who have lost a loved one and to the involved officers. With this task force in place, every community member of Solano County can have confidence that these serious investigations will be conducted in a full, fair, independent and impartial manner."

Vallejo police went on to explain that if a fatal incident involving an officer happens in a particular jurisdiction, that law enforcement agency would recuse itself from the task force's investigation.

“Launching independent investigations for officer-involved fatal incidents brings us one step closer to where we need to be as an effective and transparent organization,” said Vallejo Chief of Police Shawny Williams.

But Williams also acknowledged his department and "law enforcement in general have a lot of work to do when it comes to building trust and relationships with our communities."

KTVU has reported on the 19 people killed by the department, all but one by shooting, in the last decade.

This past spring, when unrest erupted across the country over the police killing of George Floyd, protests against police brutality and the treatment by law enforcement of people of color reached the Bay Area. Vallejo P.D. shot and killed Sean Monterrosa, 22, of San Francisco on June 2. Police suspected him of looting a Walgreens store and thought his hammer was a gun.

D.A. Abrams was taken to task for not examining that case, as was California's Attorney General Xavier Becerra. It seemed to be a game of political hot potato between the two, who would either recuse themselves or not take on the case.

Abrams' office said this new task force is the first of its kind in the state. The D.A.'s office has the final say over the task force's findings in their investigations.