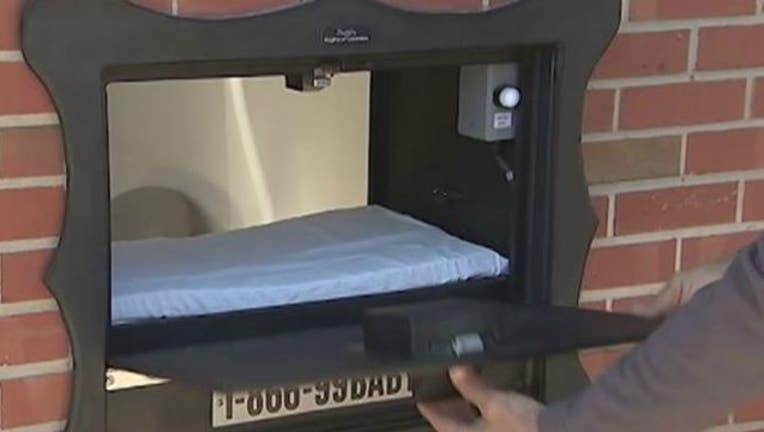 MICHIGAN CITY, Ind. (AP) -- For the second time in five months, an infant has been left in a baby box at a northwestern Indiana volunteer fire station.

Lt. Chuck Kohler says he was on scene tending to the baby girl less than a minute after receiving a page Sunday night.

The page alerted him that alarms had been triggered on the Safe Haven Baby Box at the Coolspring Township Volunteer Fire Department, near Michigan City. Kohler says everything worked as planned.

The girl appeared healthy and was taken to a hospital for care. She'll be placed in the custody of the Indiana Department of Child Services.

The padded, climate-controlled box was installed about two years ago. The program allows a mother to relinquish her newborn anonymously, without fear of prosecution.

Another baby girl was safely rescued after being left in the box on Nov. 7.