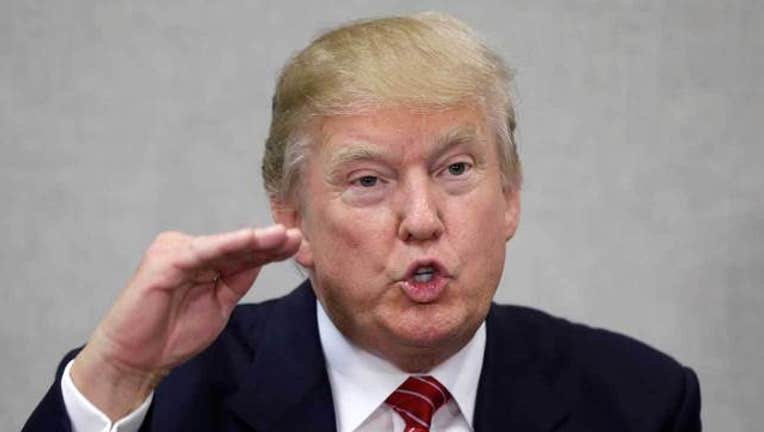 NEW YORK (AP) -- President Donald Trump managed to avoid questions about hot-button issues facing the White House -- such as the future of national security adviser Michael Flynn and a North Korean missile launch -- in a news conference Monday where selected reporters asked non-challenging questions and other, shouted-out inquiries were ignored.

Thuman asked Trump about his relationship with Trudeau, given the two men have outlined policy differences, and whether there were any areas where Trump had changed his stance on issues following their conversation. The president offered no specifics.

Collins asked Trump what he saw as the most important national security issues facing the nation.

While Thuman and Collins both said that they had not discussed their questions in advance with anyone at the White House, left unasked were questions about Flynn following reports that he had discussed U.S. sanctions against Russia with a Russian envoy before Trump was inaugurated. Trump did not reply to shouted questions on the topic as he was leaving the news conference. Flynn late Monday night announced his resignation amid the controversy.

"Personnel questions are interesting, but our readers want substance. They don't want Washington bull----. They want to know where the next war is going to be," Collins told The Associated Press by email later in the day.

Thuman's boss noted the reporter asked a question related to Trudeau's visit and focused on issues of terrorism and international trade, which is important to his viewers.

Thuman "works hard to go beyond the `inside the Beltway' chatter and get to the heart of the issues that are relevant to all Americans," said Scott Livingston, vice president of news for the Sinclair Broadcast Group.

A similar news conference took place Friday after Trump met with Japanese Prime Minister Shinzo Abe. The president selected questioners from the New York Post and Fox Business Network. Although their questions were newsier -- about the president's reaction to a judicial decision about his immigration order -- many outlets noted that both the Post and Fox are owned by Trump-friendly media mogul Rupert Murdoch.

On MSNBC, correspondent Katy Tur said Trump was given "two softball questions" on Monday while her colleague, Hallie Jackson, decried the "startling lack of news." The AP did not send out any alerts of news from the session, which is relatively unusual when a president addresses the media.

CNN analyst Gloria Borger said it seemed like part of a deliberate strategy by the White House to diminish the influence of the traditional mainstream media.

The Daily Caller wrote about the issue on the site under the headline: "Daily Caller gets a question at press conference. Liberal reporters lose their minds."

Reporters and presidential administrations frequently tangle; it's an inevitability baked into their duties. But Trump raised doubt about his willingness to face difficult questions when he didn't hold a news conference until Jan. 11, weeks after his election as president.

There also was continued fallout Monday from Trump aide Stephen Miller's appearances on Sunday news programs. Miller and ABC's George Stephanopoulos had a tense back-and-forth over the president's claims of voter fraud in November. Miller also told CBS' John Dickerson, in a discussion of judges halting Trump's immigration order, that it will soon become clear that "the powers of the president to protect our country are very substantial and will not be questioned."

That led MSNBC's Joe Scarborough, the "Morning Joe" host whose show Trump has been known to watch, to suggest that Miller needed a civics lesson.

"That sounds like a spokesman for Vladimir Putin," Scarborough said.

But Miller's boss, President Trump, on Monday tweeted praise for his aide while a Trump-friendly pundit, Fox News Channel's Sean Hannity, lit into Scarborough on Twitter.

"Why don't you focus on getting your horrific ratings up?" Hannity tweeted. "They totally suck. And I'll take Steve Miller on my team over u every day."

This story has been corrected to reflect questioner on Friday worked for Fox Business Network, not Fox News Channel.