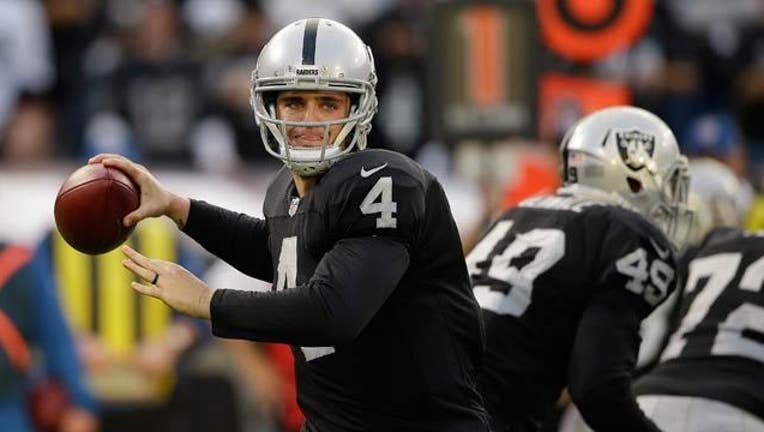 OAKLAND, Calif. (AP) — The NFL's stadium czar has visited Oakland to press Raiders executives and city and county officials for signs of progress in their efforts to keep the team in the East Bay.

The Contra Costa Times reports the visit from NFL Executive Vice President Eric Grubman comes as Oakland and Alameda County have begun working in tandem with a private developer to keep the football team from moving south once again.

Grubman was not available for comment Wednesday after attending the meeting at Raiders headquarters in Alameda.

Alameda County Supervisor Scott Haggerty called the meeting productive but says Grubman still needed convincing that progress was being made.

Since the Raiders announced their interest in Carson, the city of Oakland and Alameda County have begun discussions with their development partner to advance Coliseum City, which would be built on the 120-acre Coliseum complex in East Oakland that they jointly own.