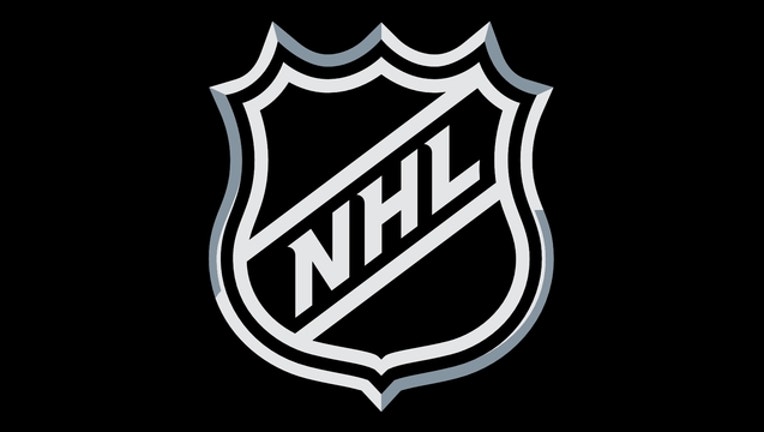 LAS VEGAS (AP) - The NHL is making a big bet on Las Vegas.

The league will expand to Las Vegas for the 2017-18 season after awarding its 31st franchise to billionaire businessman Bill Foley on Wednesday. Commissioner Gary Bettman announced the decision after the league's board of governors met on a 109-degree day and unanimously voted to put an ice hockey team in the Mojave Desert's gambling mecca.

"We think this is a tremendously exciting opportunity, not just for Las Vegas, but for the league as well," Bettman said, calling Las Vegas "a vibrant, growing, global destination city."

Foley will pay $500 million to the NHL's other owners as an expansion fee. The new team will play in T-Mobile Arena, the $375 million building that opened just off the Las Vegas Strip in April.

The NHL is expanding for the first time since 2000, when Minnesota and Columbus each paid $80 million to join the league.

With nearly 2.2 million people in the last census, Las Vegas is the largest population center in the U.S. without a team in the major professional sports. Vegas was an economic boomtown in the previous decade, and the NHL is betting that its slowed growth hasn't curbed the city's appetite for sports and spectacles.

"We want everyone to be a fan," Foley said. "We're dedicated to it. We'll leave no stone unturned in our dedication, in our pursuit of hockey for Las Vegas, not only for our team, but for the community."

The NHL is also confident in the ownership group led by Foley, a financial services tycoon who mounted a strong bid for ownership along with minority partners Joe and Gavin Maloof, the former owners of the NBA's Sacramento Kings.

Foley's bid had the enormous advantage of an NHL-ready arena built with private funding and eager for a flagship tenant. Foley has already accepted more than 14,000 season ticket deposits and sold out all 44 suites in the 17,500-seat rink built by MGM Resorts International and Anschutz Entertainment Group, which owns the Los Angeles Kings.

The new franchise will be stocked by an expansion draft that will be more favorable than previous drafts, theoretically allowing the Vegas franchise to become competitive more quickly. They'll play in the Pacific Division, the home of the league's three California teams and the Arizona Coyotes.

Although ice doesn't last long in the desert, Las Vegas has had an appetite for hockey since the Kings and New York Rangers played a memorable outdoor exhibition game here in 1991. The IHL's Las Vegas Thunder sometimes drew more fans than UNLV's beloved basketball team at the Thomas and Mack Arena in the 1990s, and the Minnesota Wild's Jason Zucker leads a handful of locals who went on to hockey careers.

The endurance of that appetite will depend on Foley's ability to keep fans excited about the newest show in town, but the NHL seems confident it's getting in early to a growing market. Foley announced plans to devote considerable resources to building community interest in youth hockey, including a team training complex that will be "open to all."

Sports leagues once rejected the city outright due to concerns about corruption from Vegas' massive sports betting economy, but the NHL and the NFL no longer share those worries, with Bettman calling his sport "less susceptible" to gambling interests due to the small volume of bets placed on hockey. Oakland Raiders owner Mark Davis is interested in partnering with Vegas interests to build an enormous domed football stadium for his team.

Bettman also announced that an expansion bid from Quebec City was "deferred."

While Bettman strongly praised the bid's preparations and the city's devotion to hockey, concerns about the small market, the Canadian dollar's fluctuation and the league's resulting geographical imbalance prompted the governors to go with Las Vegas alone.

Foley hasn't decided on a nickname or logo for his team, but an announcement could be made in the next few weeks. The choice could be the Black Knights, a name that has special meaning to Foley, a West Point graduate.

"I love Black Knights," Foley said. "I'm an Army guy, but maybe that's not the right name for the team at this time. We're going to work through the league."