TAMPA, Fla. - Parents who take their kids to a trampoline park in Tampa want to know how a fight turned into a massive brawl involving hundreds of children.

"This escalated very quickly," according to parent Sandra Bermudez, who started recording on her cell phone when the fight broke out. "They were all having fun and then when this lady said, ‘Oh my God,’ and I turn around to look, they're fighting on the right side."

Bermudez says the fight unfolded while she was at Sky Zone Trampoline Park on Adamo Drive with her 9-year-old son. She's not sure what started the fight, but it quickly got out of control.

According to Hillsborough County sheriff’s deputies, the melee involved about 200 kids -- mostly teenagers. 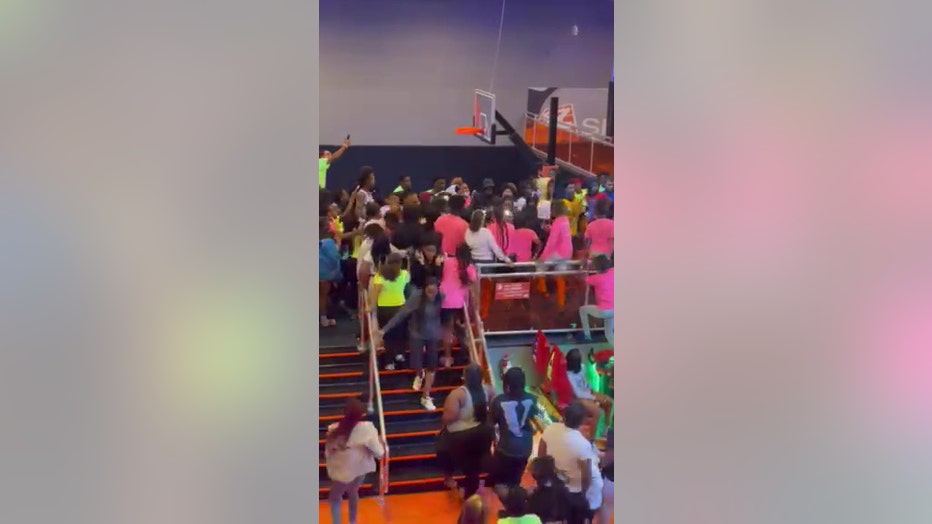 In the video, Sky Zone security personnel can be seen trying to intervene.

The business closed early to move everyone involved outside. Bermudez kept recording as the fight continued in the parking lot.

Deputies can be seen responding later in the video. They said the brawl spilled over into nearby businesses and they tried to track down the parents of those involved. 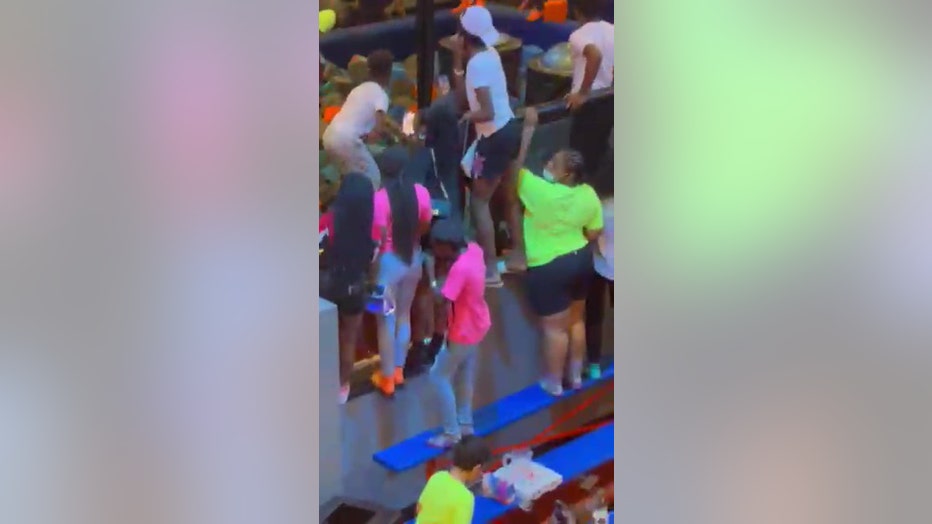 The sheriff’s office said they briefly detained and released one child, but made no arrests.

It's unclear if anyone was seriously hurt. 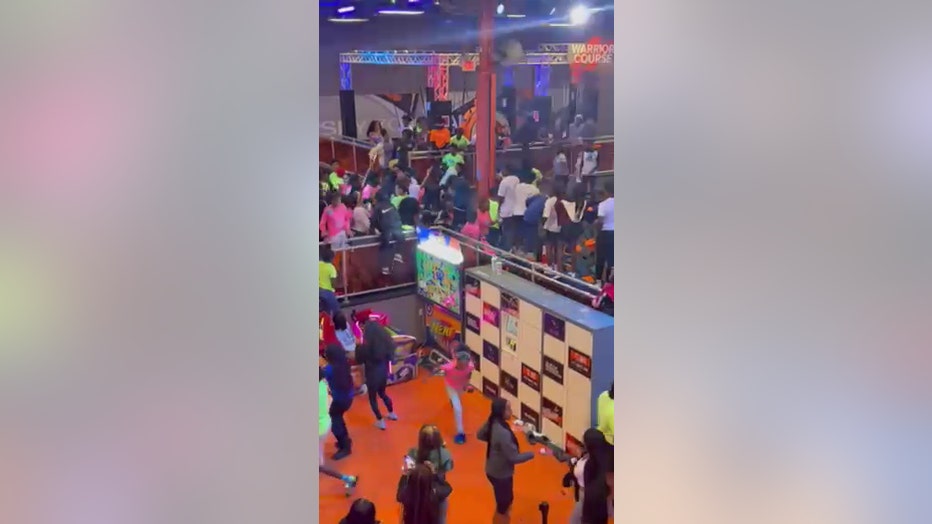 "I tried to use it as an opportunity to teach him if this ever happens in the future, the first thing you need to do is pull yourself away from the crowd," she said.

Sky Zone hasn't responded to FOX 13’s request for comment, so it's unclear how many security guards were there when the fight broke out or what they may do to try and prevent something like this from happening again.