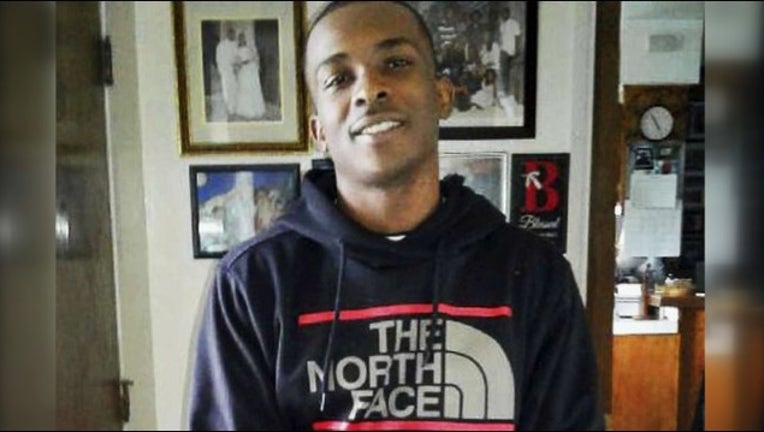 A file photo shows the late Stephon Clark, who was fatally shot by Saramento police in March 2018. On Saturday, Sacramento District Attorney's office announced the officers who shot Clark will not be criminally charged.

The city has been bracing for protests ahead of the decision, with business owners warned by a business association and state government workers told by legislative officials in recent days to stay away from downtown at least through the weekend.

Schubert said the decision not to file charges against the officers "does not diminish in any way the tragedy, the anger and the frustration that we heard since the time of his death."

She added: "We cannot ignore that there is rage within our community."

Protests after the shooting were largely peaceful but disrupted downtown professional basketball games and freeway traffic.

Clark's family, including his two sons, his parents and his grandparents, filed a wrongful death lawsuit in January seeking more than $20 million from the city, Mercadal and Robinet, alleging that the officers used excessive force and that he was a victim of racial profiling.

One of the officers who shot Clark is black and the other is white, police said.

Police said Clark was facing officers when he was killed, moving forward with his arms extended and an object in his hands.

Police video of the shooting does not clearly capture all that happened after Clark ran into his grandmother's backyard.

It shows him initially moving toward the officers, who are peeking out from behind a corner of the house, but it's not clear whether he was facing them or that he knew the officers were there when they opened fire after shouting "gun, gun, gun." The video shows Clark staggering sideways and falling on his stomach as the officers continue shooting.

Dr. Bennet Omalu, the pathologist whose study of chronic traumatic encephalopathy in football players prompted the NFL to adopt new safety rules designed to prevent concussions, said the autopsy he conducted for the family showed police shot Clark seven times from behind.

The official autopsy made public later said Clark was most likely shot as he approached police, consistent with the officers' story. The pathologist retained by the Sacramento County coroner said Omalu mistook an exit wound for an entry wound, leaving the impression that police first shot Clark from the back, though Omalu defended his conclusion.

California Attorney General Xavier Becerra is conducting his own investigation at the request of local officials.

Use-of-force experts have said there was little chance the officers would face criminal charges under court decisions that let officers use deadly force when they have a reasonable fear of being harmed. The standard makes it rare for officers to be charged after a shooting and rarer still for them to be convicted.

Clark's shooting helped prompt pending state legislation that would allow police to use deadly force only if there is no reasonable alternative, including non-lethal force or efforts to calm the situation.