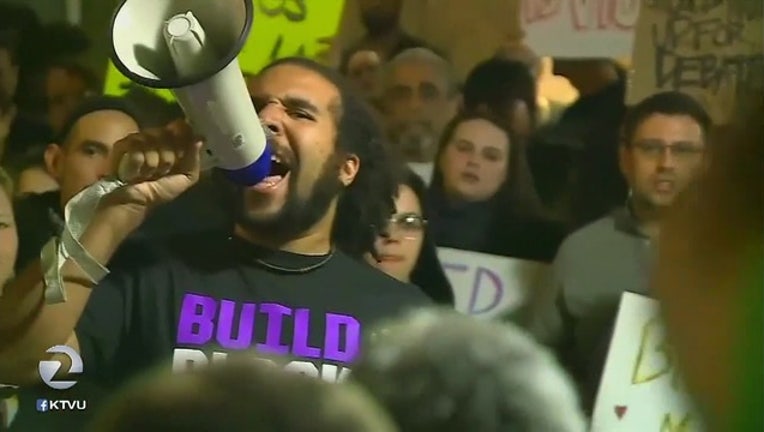 SACRAMENTO, Calif. (AP) -- A Northern California prosecutor won't charge 84 people arrested while protesting her decision not to file criminal charges against two police officers in the slaying of an unarmed black man.

Sacramento County District Attorney Anne Marie Schubert acted after her office reviewed Sacramento Police Department reports of the arrests after dozens of people marched Monday night in a wealthy area of the city. "In the interest of justice, no charges will be filed in any of the cases submitted," she said in a statement.

The arrests came two days after Schubert announced she wouldn't charge officers who shot Stephon Clark last March. The officers said they thought the 22-year-old Clark had a gun, but he was holding a cellphone. He was suspected of vandalism.

Police ordered protesters to disperse about 2 1/2 hours into the demonstration, but many said they could not because they were surrounded by police on a freeway overpass.

At least three clergy members were among those arrested. A Sacramento Bee reporter was detained as he livestreamed the protest.

Police said paint on the sides of several cars was scratched during the march.

A day later, Attorney General Xavier Becerra also said he would not charge the two officers, concluding that they reasonably feared for their lives as Clark moved toward them in the darkened backyard of his grandparents' home.