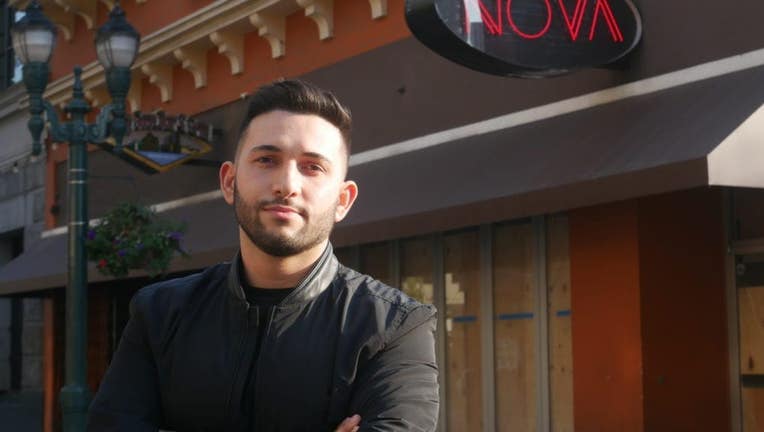 SAN JOSE, Calif. - It's been 170 days since Santa Clara County residents danced the night away with drinks in hand to their favorite live music or DJ set.

While restaurants started serving food outdoors, schools took learning online and hair salons starting cutting hair inside, San Jose's nightlight and entertainment industry remains shuttered. The industry appears to be at the bottom of the state's reopening list and news about helping nightclubs has been mum.

Danny Shafazand, who runs a handful of establishments, including Bell Tower Bistro in Los Altos, planned to reopen the old Tres Gringos in downtown San Jose in April as a nightclub called NOVA but had to put his plans on hold.

"Every single weekend for at least the last seven years I was throwing an event at a nightclub or gathering with people at parties, and I haven't done that in six months - it's a huge change of pace," Shafazand said. "It's kind of like holding a hot potato: how thick is your skin, how long can you hold it?

The spacious, 9,000-square-foot space across from the San Jose Improv theater has remained locked since shelter-in-place orders first went live.

But despite the shuttered nightlife, the parties haven't stopped. They've instead moved underground to secret locations in San Jose.

Event fliers boasting live music, DJs, bottle service and dancers are circulating on Instagram, prompting partygoers to text a number for the location. Packed house parties are shown on Snapchat maps - with hundreds of people gathered in close quarters without any social distancing in sight. These underground parties have prompted some cities, like Los Angeles, to threaten power shutoffs.

According to a Santa Clara County health department statement, the District Attorney's office has responded to a handful of complaints about underground parties, but details couldn't be shared of ongoing investigations and enforcement actions.

"The county is proud to be working in conjunction with local law enforcement to respond to these complaints, resulting in a decline of such activities," the statement read. "Large, indoor gatherings, and parties where people tend to not wear masks, have proven to be incubators of COVID-19."

Shafazand said he isn't entertaining any ideas of reopening because of how coronavirus might spread in places like NOVA, in addition to the fear of losing valuable liquor licenses and entertainment permits if he hosted offline events.

Shafazand doesn't blame Santa Clara County Public Health Officer Dr. Sara Cody, who was the first in the country to order shelter in place and business shutdowns in March. Still, he doesn't know what else to do.

There are no employees to pay with federal Paycheck Protection Program loans when businesses are closed. Eviction moratoriums prevent him from getting kicked out but debts continue to accumulate. He said he hadn't made $1 since January.

"I want to be super clear that I understand the gravity of the situation but we just want to save our businesses because we put our lives into these things," Shafazand said. "We have no representation and nobody's even talking about nightclubs. When you bring it up, it's almost laughable because everyone knows at this point that nightclubs are down and out."

That's why more than 1,500 concert halls, theaters and nightclubs across the country joined an effort to urge legislators to expand pandemic unemployment benefits for independent contractors as part of the RESTART Act. They demanded attention by illuminating their venues in red light Sept. 1. Locally, the San Jose Civic and Montgomery Theaters participated, as well as San Francisco Museum of Modern Art and Bill Graham Civic Auditorium.

According to the effort's organizer, We Make Events, live events employ more than 12 million people in a $1 trillion industry. With nearly all events canceled and venues shut, they said 77 percent to 97 percent of workers have lost their entire income.

Adrian Morales, better known as Yo Adrian after dark, could be found behind the DJ booth up to five nights a week at San Jose bars and clubs for the past six years.

Supplementing his work in the Milpitas public school system, Morales said the money he earned from playing clubs allowed him to live comfortably and save - especially with a three-year-old daughter in the increasingly pricey South Bay.

"I posted (online) a couple months before COVID hit that DJing was going to help me buy a house one day," Moralez said. "Not being able to get that extra money, it's been tough." 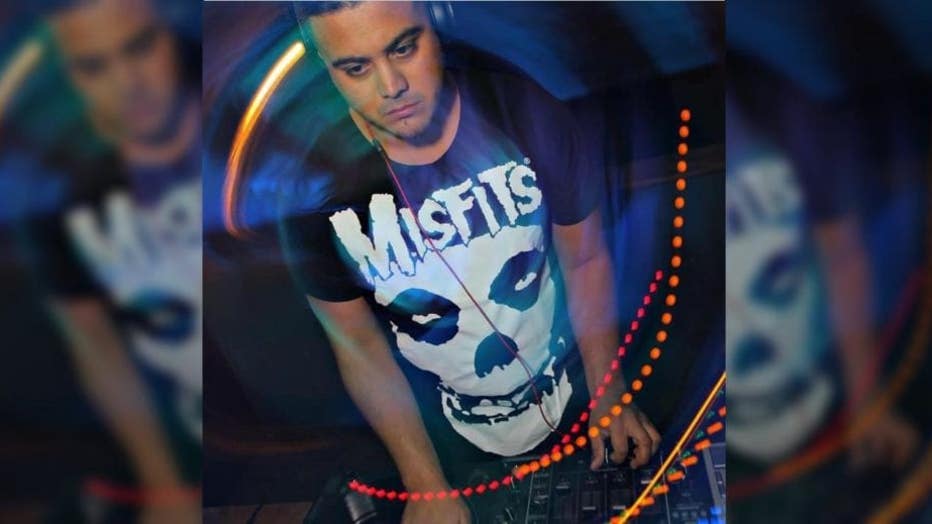 Adrian Morales, known as Yo Adrian, is a DJ who has been out of work at nightclubs since March. Photo courtesy of Adrian Morales.

Aside from the few gigs he could book at masked, socially-distanced outdoor businesses, such as Rosie McCann's Irish Pub on Santana Row, he said the public health shutdown flipped the entertainment business 180 degrees. He estimated only 10 percent of San Jose venues have outside work opportunities to offer.

"The days of packed houses with sweaty bodies everywhere - it's not here anymore and who knows if it will ever return at all," Morales said.

Morales said he's able to stretch his savings but still worries about relying on one job until venues reopen.

Unfortunately, local venues will be closed for a while. Santa Clara County's COVID-19 status is widespread - the highest option - with more than seven new daily cases per 100,000 and an 8 percent positivity rate.

In the meantime, a financial bump from the federal or state government would help alleviate stress for everyone in the entertainment industry, Morales and other business owners say.

"People in the gig economy, people that work in nightlife, people that make their money off entertainment, we're left in the dark a lot," Morales said. "You hope that (people) have savings or can find a shift in something else for the time being until some things return - who knows if they ever will."