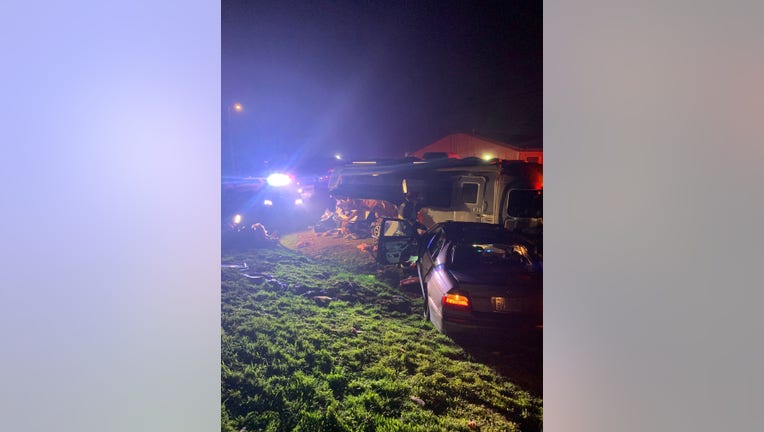 The incident began around 9 p.m. when a deputy tried to pull over the driver of a vehicle over for speeding, running a red light, and a non-functioning brake light, according to the sheriff's department.

The driver initially pulled into a gas station on East Todd Road in Santa Rosa, but then sped up and got onto northbound Highway 101, the sheriff's department said. 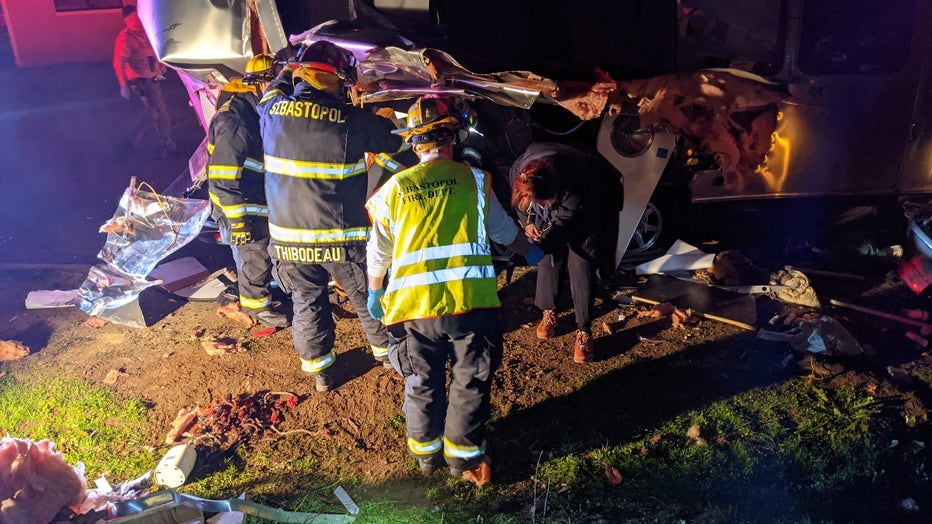 Officials say the driver reached speeds of up to 110 mph during the pursuit and that the driver, later identified as Matthew Davis, 46 of Hayward, drove in the opposite lane multiple times and nearly hit a patrol car.

Due to foggy conditions, deputies decided to end the pursuit, but they later spotted Davis as they entered Sebastopol, where they claim the fog had lifted. They thanked Sebastopol police for their help in finding and pursuing the suspects. They did not go  into detail about the police department's involvement. 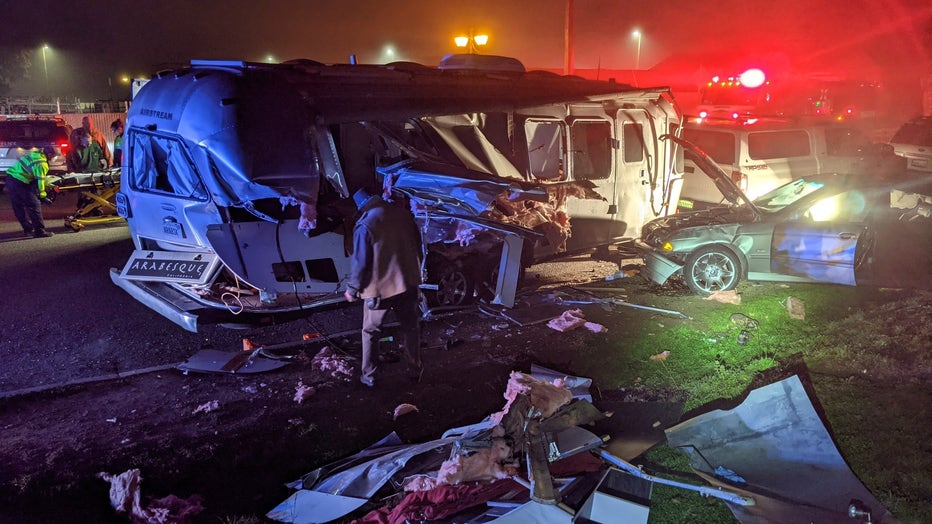 The sheriff's department said Davis continued to speed but ultimately crashed when he lost control of his vehicle, colliding into a parked travel trailer at the intersection of Johnson Street and Eddie Lane. Two people inside the trailer were not injured.

Jeremy Jurek, 39, a homeless man who was a passenger in Davis' vehicle was arrested. He was able to leave the car on foot after the crash.

Deputies found what they suspect to be methamphetamine, oxycodone, fentanyl, heroin, paraphernalia, and $1,500 in cash.

A dog was found in the car too. The animal was given to Animal Control.

Davis and Jurek were taken to a local hospital for treatment before they were booked into the county jail.

Jurek was booked on a misdemeanor warrant from Lake County and is being held on $5,000.

Davis was booked on felony drug possession charges with the intent to sell, transporting a controlled substance, evading a peace officer and animal cruelty.

Davis is being held without bail on a local judge's approval. The sheriff's department says he has prior drug convictions in the Bay Area.