The 6.4-magnitude earthquake that shook Humboldt County on Tuesday left residents and business owners assessing the damage. There were buildings that have been dislodged from their foundations.

RIO DELL, Calif. - Like most people in the small town of Rio Dell, Calif., Nathan Scheinman was asleep when a 6.4-magnitude earthquake woke him up at 2:34 a.m.

"I thought the world was coming unhinged," Scheinman said Tuesday, hours after the quake standing outside Roots 101 in Humboldt County, a nursery where he works. "My heart was pounding for like three hours afterward. Adrenalin was racing through my body."

Scheinman had gone to bed at midnight but described being "violently woken up" about two and a half hours later with the thunderous roaring of the earth rumbling beneath him and "stuff flying off the shelves."

He jumped out of bed and checked his phone, which had been blaring what he already knew: An earthquake had struck.

He and his girlfriend took a breath. They collected their thoughts and realized what had just happened.

They didn't realize it at the time but nearby, two elderly people suffered medical emergencies during the quake and died and about a dozen others were hurt, sheriff's officials said later in the day.

The couple got dressed, called friends and family to make sure they were OK and then began to assess the damage.

Pots and plants had fallen to the ground inside the nursery. 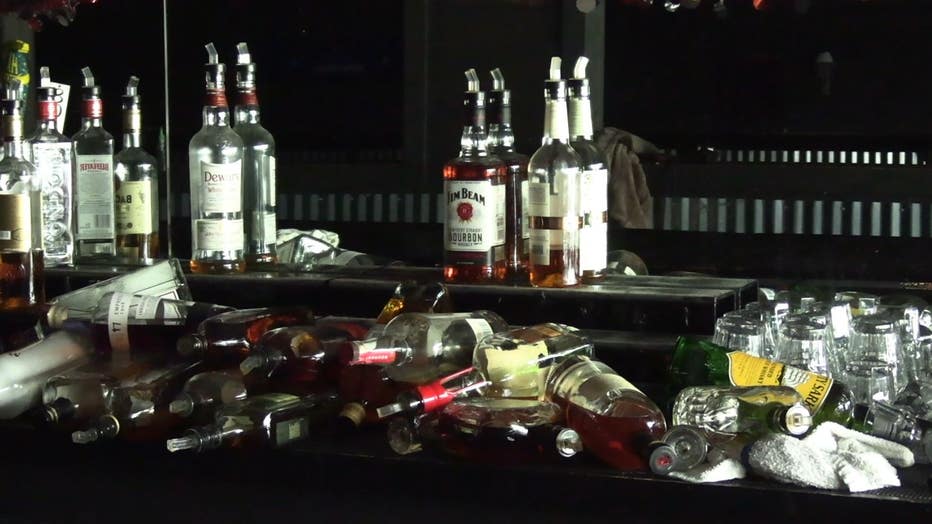 Scheinman saw a main water line on Center Street had cracked, sending water shooting up into the air and running through the town.

"Everything was just crumbling," he said.

In the nearby city of Fortuna, which was also affected by the quake, there were broken storefront windows at Strehl's Family Shoes, the Hoppy FroYo and Champion's bar, where strewn liquor bottles littered the floor.

It's not like residents living in this slice of Northern California haven't felt an earthquake before.

Last year on the same day, a 6.2 earthquake hit the same area.

Sarah Redick, the coordinator at Rio Dell Community Resource Center, was busy boarding up windows that shattered during the earthquake. She wasn't sure of the exact damage, but she saw cracks in the building and knew a lot of paperwork had fallen to the ground.

She said the earth rumbling reminded her of the 7.2 earthquake in 1992.

When this quake struck, she was startled, for sure. But she took it in stride.

"My husband and I lay in bed, held hands and rode it out," she said. 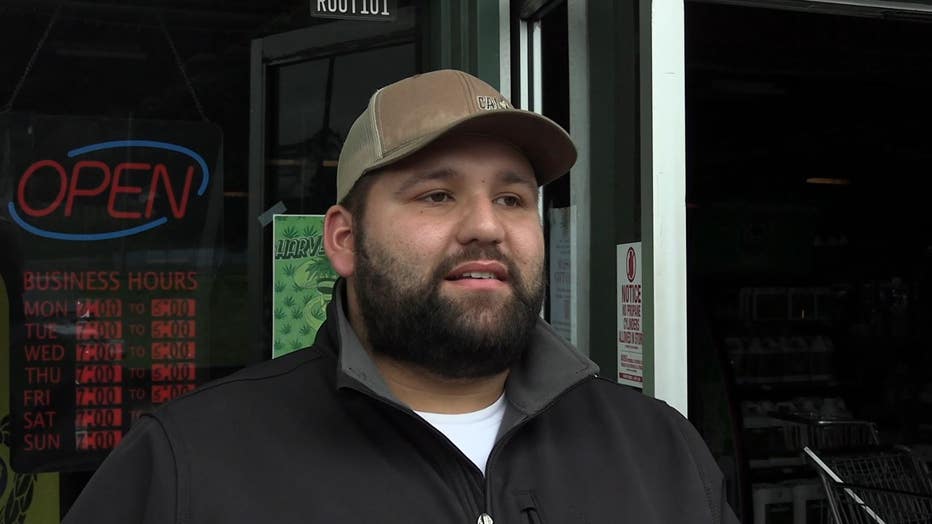 Dan Franz of AIO Filmz contributed to this report.