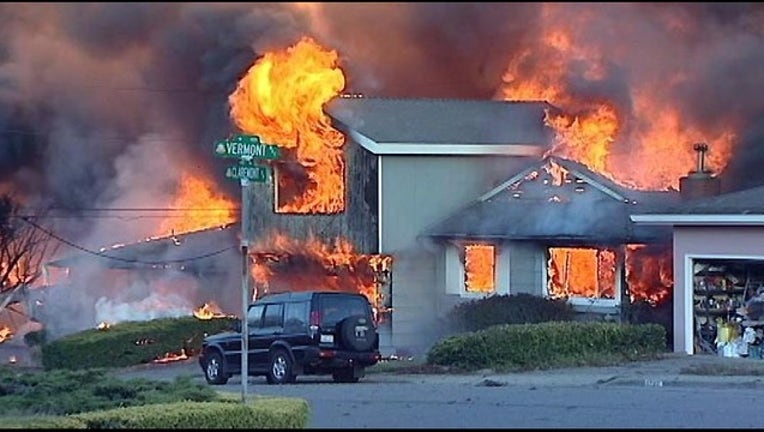 SAN FRANCISCO (BCN)— The chief investigator in a National Transportation Safety Board probe into the fatal 2010 pipeline explosion in San Bruno testified at PG&E's criminal trial in San Francisco today that he believes the utility misled him.

Investigator Ravindra Chhatre was the final witness called by federal prosecutors after five weeks of trial before a jury in the court of U.S. District Judge Thelton Henderson.

The question about misleading was the last query posed by Assistant U.S. Attorney Hallie Hoffman at the end of three hours of testimony by Chhatre.

"Do you believe that PG&E misled you?" she asked.

Chhatre also said he believed PG&E officials hadn't been fully truthful in answering NTSB data requests, even though PG&E had promised, as a party in the investigation, to respond to all requests and not to withhold information.

It is important to have accurate information about pipelines, he said, because "if the information isn't accurate, you're endangering people."

One of 13 counts faced by PG&E in the trial is obstructing the NTSB probe, and Chhatre's testimony was focused on that charge.

The other 12 charges are counts of violating the U.S. Pipeline Natural Gas Safety Act's requirements for pipeline record-keeping and maintenance for Line 132, the high-pressure transmission pipeline that exploded in San Bruno, and several other Peninsula and East Bay lines.

If convicted of all counts, PG&E could be fined $562 million.

Eight people died, 69 were injured and dozens of houses were destroyed and damaged in the explosion and ensuing fire on Sept. 9. 2010.

The NTSB concluded in a report issued in August 2011 that the cause was a defectively welded seam in a pipeline segment that was installed in 1956, incorrectly listed as seamless in PG&&E records and not properly tested or repaired.

But Henderson has barred prosecutors from arguing during the trial that PG&E's errors caused the explosion. In a pretrial ruling, he said that although the San Bruno accident is relevant to all the charges, its cause is not an element of any of the 13 counts.

Chhatre will be cross-examined by PG&E attorneys on Thursday.

It was not clear today whether PG&E will present any defense witnesses after Chhatre steps down from the stand. After the jury left for the day, prosecutors told Henderson that defense attorneys have not given them the three-day advance notice required by the judge for any witnesses.

Chhatre also testified about an April 6, 2011, letter sent to him by PG&E executive William Hayes. That letter, cited in the obstruction charge in the 2014 grand jury indictment of PG&E, said that an earlier letter sent by PG&E in Feb. 22, 2011, was transmitted in error.

The first letter said PG&E performed high-pressure water tests on old, previously untested pipelines only if the pressure in the pipelines had been 10 percent above the maximum allowed. Prosecutors say there is no 10 percent cushion in the pipeline testing requirements.

The second letter did not say the utility had a policy of a 10 percent leeway and said PG&E had no indication that such a policy was ever approved or in effect.

Prosecutors claim that other evidence introduced earlier in the trial shows that PG&E did in fact avoid the expensive water-pressure tests on pipelines, including Line 132, unless natural gas pressure had risen to 10 percent above the allowed maximum.

Chhatre said that at the time of the April letter, "I took them at their word, but I was not convinced at all."

He said he was extremely busy finishing the final draft of the NTSB report at the time.

Chhatre said that immediately after the San Bruno explosion, PG&E officialstold him the pipe was seamless and that he was surprised to see when he visited the site that it had a welded seam.

When asked whether that would make a difference in the integrity of the pipe, Chhatre said, "A seamless pipe would be stronger."