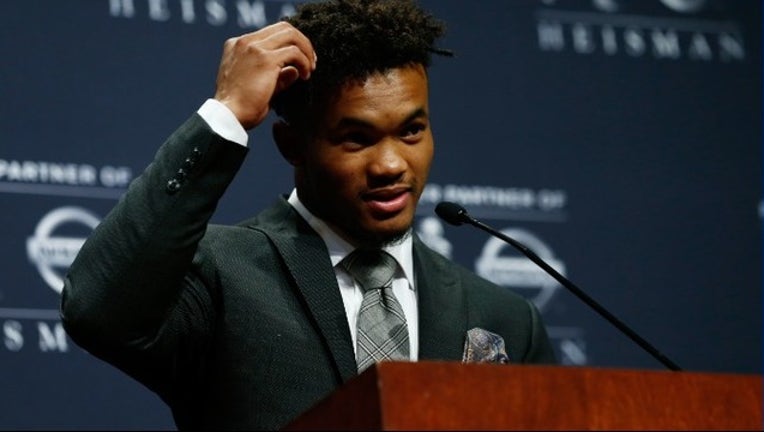 Kyler Murray of Oklahoma speaks to the media after winning the 2018 Heisman Trophy on December 8, 2018 in New York City. (Photo by Mike Stobe/Getty Images)

OAKLAND, Calif. (KTVU and AP) - Kyler Murray has declared for the NFL draft.

Murray revealed his intentions to play for the NFL in a Tweet Monday afternoon.

This season, Murray stepped into the starting job at Oklahoma held by last year's Heisman winner and first overall NFL draft pick, Baker Mayfield. Oklahoma is the first school with have Heisman-winning quarterbacks in consecutive seasons and the fifth overall with winners in back-to-back years. Mayfield was also a finalist in 2016.

Murray, a junior from the Dallas suburbs, had previously signed a $4.66 million contract with the Oakland Athletics after he was selected in the first round of the Major League Baseball draft in June.