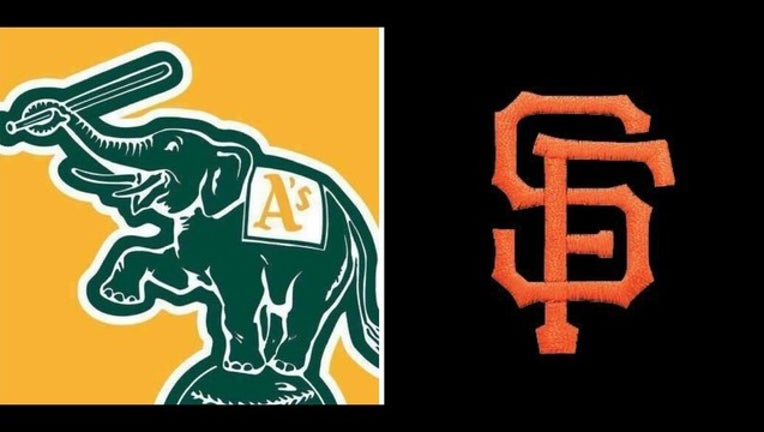 A's and Giants photoso courtesy of the team's Facebook page.

Oakland announced today that parking will cost $50 for Giants fans for the 2018 season. A's season-ticket holders can get prepaid parking for $10 and other Oakland fans will pay $30, the team announced.

However, "Any Giants fan who yells, 'Go A's,' at the parking gates will be charged only $30 to enter the Oakland Coliseum," A's President Dave Kaval said in the announcement.

Kaval has a history of offbeat promotions for the team. The A's are scheduled to host the Giants in an exhibition game Sunday at 1:05 p.m. at the Coliseum.

The A's announcement did not go unnoticed on social media. In response, BART tweeted, "We have a solution for this," doubtless referring to the fact that those who take public transit don't have to pay anything at all for parking.