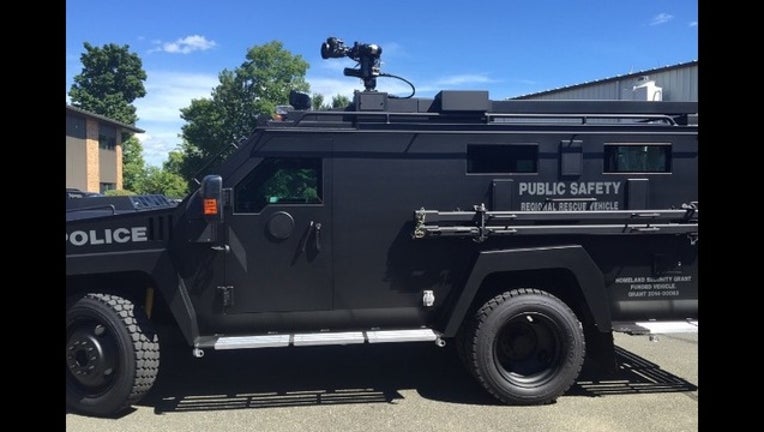 OAKLAND, Calif. - The Oakland City Council on Tuesday unanimously voted to approve a militarized equipment ordinance, which would place restrictions on the police department before buying such equipment and require them to publicly document how much the gear is used.

The ordinance will become law on July 6, barring any new opposition.

Before the vote, Vice Mayor Rebecca Kaplan, the author of the ordinance, said she received a petition signed by more than 1,400 residents as well as hundreds of postcards asking for community oversight over military weapons, such as the armored Bearcat and tear gas, used in Oakland.

According to Kaplan, several studies indicate that police departments in the United States that acquire military-grade equipment are more likely to use violence and are no more successful in reducing crime than those that acquire less such equipment.

The ordinance regulates the Oakland Police Department’s acquisition and ongoing use of specified military and militaristic equipment by requiring the department to submit policies, impact reports, and annual reports regarding the equipment to the citizen-led Oakland Police Commission for review.

That commission would then make recommendations to the City Council regarding the acquisition and use of the equipment.

When asked last week about the ordinance, Oakland police said "we will follow up" in terms of providing a comment, which they have not done to date.

In prior conversations, Oakland police have said in the past that they like militarized equipment, like the Bearcat, because the armor can protect them from bullets in high-risk situations.

In July 2019, KTVU asked Oakland police to provide information on how often the Bearcat was used and found that the department didn't track such information.

At the request of KTVU and the American Friends Service Committee, Oakland police provided some more information by February 2020, which showed police deployed the Bearcat about seven times a month - or nearly twice a week - in predominantly East Oakland neighborhoods, and rarely in the affluent hills.

To compare, the KTVU analysis showed that San Francisco police deployed the Bearcat on average less than twice a month during 2019, records from that city show.

Still, KTVU requested even more information as the data provided by Oakland police did not drill down into the narratives as to why the Bearcat was specifically deployed.