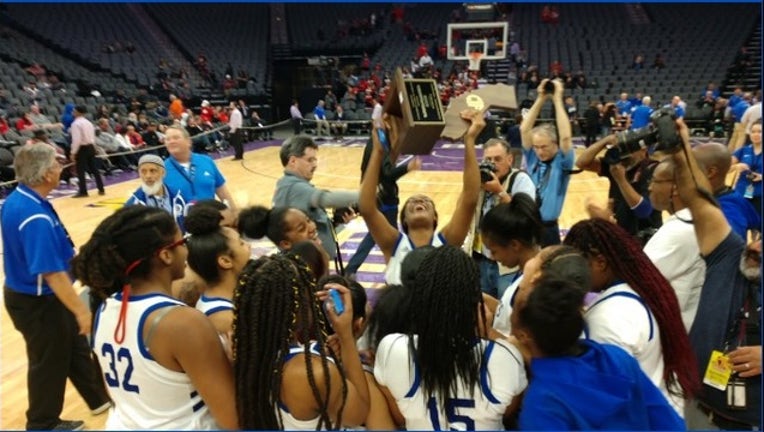 Wildcats coach Orlando Gray said his team - which finished with a 30-5 overall record this season - focused on pressuring the Cougars and knew they were going to be able to eventually wear them down.

"Our pressure was too much," Gray said.

McFarland, a small town of around 15,000 people just north of Bakersfield, turned the ball over 29 times, 16 of those coming from Wildcats steals.

Gray added that the Wildcats are also good students in the classroom, with a team grade point average of 3.6.

"We're solid in the classroom and pretty good on the court too," he said.

School district officials are planning a parade to celebrate the championship. A date had not been set as of Friday evening.

Oakland beat the Union Mine High School Diamondbacks from unincorporated El Dorado near Placerville on Tuesday to advance to Friday's final.

The Oakland Tech girls basketball team will also play for a state title. The Bulldogs play Saturday in the Division 4 final against Northview High of Covina. The game is scheduled to tip-off at 10 a.m. at the Golden 1 Center in Sacramento.