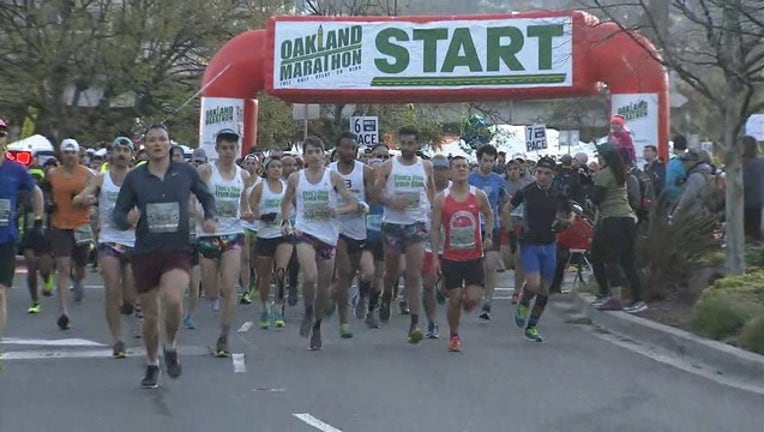 OAKLAND, Calif. (BCN) - The Oakland Marathon is underway in the city, and motorists should expect street closures and parking restrictions as 10,000 runners take to the streets, organizers said.

The 26.2-mile marathon started at 7 a.m. at Eastshore Park on the corner of MacArthur Boulevard and Lakeshore Avenue. Unsuspecting motorists up early on Sunday encountered a number of closed streets.

In addition to much of downtown, the marathon course will take runners through Broadway Auto Row, Eastlake, West Oakland, past Port of Oakland terminals, Northgate and Lake Merritt.

An interactive map at www.oaklandmarathon.com shows the marathon's course and detours drivers can use on Sunday.

BART will not be affected by the race, and AC Transit will have signs explaining the various re-routes in effect during the race.

Some streets will be closed in both directions until 4 p.m., race organizers said.