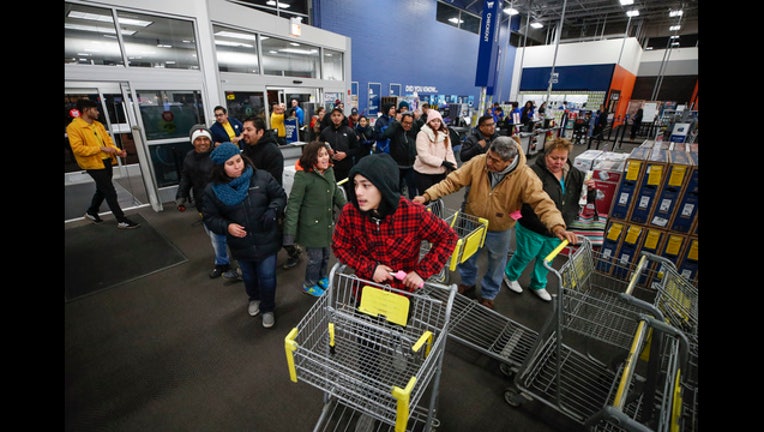 Shoppers enter a Best Buy store in Chicago. Known as 'Black Friday', the day after Thanksgiving marks the beginning of the holiday shopping season, with many retailers opening their doors on Thursday evening. (Photo by Kamil Krzaczynski/Getty Images)

OAKLAND (BCN) Oakland Mayor Libby Schaaf and other community leaders will promote shopping at local stores instead of big box stores at an event on Friday.

Supporters of "Plaid Friday," which was founded in Oakland in 2008 and is now hosted in cities across the nation, say it offers shoppers a more distinctive and personal experience at independent businesses than they have at big stores in malls.

Supporters say Plaid Friday shoppers can skip the stress of standing in lines to have fun, find great gifts and keep their money in Oakland supporting local businesses and bolstering the city's economy.

Plaid Friday marks the start of a season-long campaign to promote local shopping, with Oakland residents being encouraged to explore the city's shopping districts, discover the unique gift items offered by local retailers and experience a variety of special events through New Year's Eve.

People who attend the event will hear about the special offers, entertainment and activities planned by nearly 200 merchants who are participating in Plaid Friday, including more than 15 merchants in the
Lakeshore Avenue Business Improvement District.