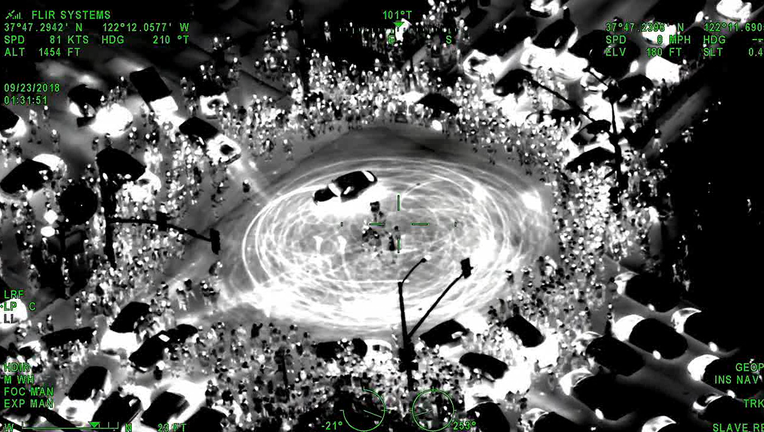 OAKLAND, Calif. - The Oakland Police Department this weekend is continuing its extra staffing on duty specifically to combat and prevent "sideshows," the impromptu gatherings at which cars spin in the street and where spectators sometimes get injured, or where vandalism sometimes occurs.

As of 9 p.m. Saturday, there had been no sideshow activity in Oakland to break up, Watson said.

Oakland police will continue to work with the Oakland City Council, various city departments and other resources and neighboring cities and their law enforcement agencies to find long term solutions to illegal sideshows, Watson said.