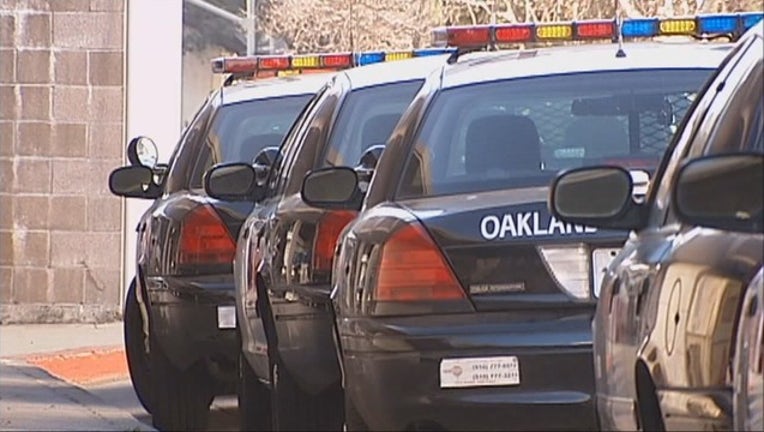 OAKLAND, Calif. - A handful of Bay Area journalists are suing the Oakland Police Department alleging that the agency regularly flouts the California Public Records Act by not issuing information in a timely manner or routinely responding with boiler-plate delays.

Darwin BondGraham and Ali Winston are plaintiffs in a more specific suit addressing the non-responsiveness of records that fall under a police transparency law, SB 1421. They are seeking records in 31 cases as they are working on a book. In 20 months, the pair have has received a total of five documents, which are "woefully incomplete," according to attorney Sam Ferguson.

"In the wake of the police killing of George Floyd in Minneapolis, Minnesota, the United States has commenced a long-overdue national reckoning regarding the role of the police in our society," the suit in the Morris case states. "Yet during this historic moment, OPD is thwarting transparency. OPD has thousands of open PRA requests, including requests for documents related to police shootings, use-of-force incidents, electronic surveillance, hate crimes data, budget allocation and more. OPD must not be allowed to flout transparency and civilian oversight.

Oakland police did not immediately respond; the Oakland City Attorney's Office immediately said they had no comment.

The Oakland Police Department, like any other government agency, must comply with the California Public Records Act’s strict response deadline of 10 days, plus an additional 14 days if it invokes a specific exemption.

But the department is also required to “promptly notify the person making the request of the determination and the reasons therefor” by disclosing whether it has responsive records or whether it will be withholding them under a statutory exception.

The journalists say the department has done neither, adding that it also flouts the Sunshine Ordinance enacted by the city.

"OPD thus lulls requesters into a false sense that it is actively compiling records when in fact it is not," the Morris suit states. "In many cases, including some requests submitted by Plaintiffs, OPD has invoked thirty-day extensions — found nowhere in the PRA or the Oakland Sunshine Ordinance— dozens of times, thus extending its 'deadline' by years. One PRA request with OPD dates back to 2014 and has thirty-three separate deadline changes, the last of which was communicated in 2016

KTVU has also experienced these delays and responses, despite the fact that the information was available and provided to other entities.

As one example, KTVU requested the "after-action" police reports stemming from June 1, when police used tear gas following a youth protest. Oakland police have not yet made that report available to KTVU, but did make it available to the Oakland Police Commission.

In another example, KTVU requested correspondence between Oakland police and the Alameda County Sheriff's Office regarding mutual aid on that same night. Again, Oakland police have not responded to KTVU despite a public records request, yet the department made that information available to civil rights lawyers suing the department over its use of tear gas.

The Oakland suits come one month after the Bay Area News Group sued the San Jose Police Department to force the release of dozens of files on officer misconduct and use of force. San Jose police have countered it will take years to review and release more than 80 files sought by the news organization. So far, they have released only six complete cases and partial records from 20 others, the news organization reported.

In 2019, the First Amendment Coalition and public radio outlet KQED sued the California Department of Justice, which also argued that gathering and redacting “potentially millions” documents for disclosure would be an onerous burden.

In January, however, an appellate panel rejected that argument and required the state agency to uphold the law.

A bill authored by Sen. Nancy Skinner (D-Berkeley) would have imposed fines on agencies that didn't respond to these requests in a timely fashion, but her legislative proposal failed to pass before the deadline.