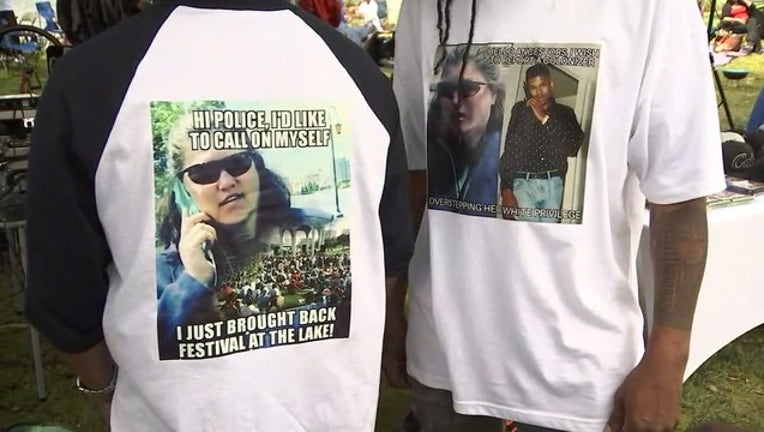 OAKLAND, Calif. - Oakland police on Thursday released the log of events stemming from what is now a national BBQ controversy, after KTVU filed a California Public Records Act seeking the information.

Most of what is in the brief April 29 log has already been made public. But there are a few new highlights that include:

KTVU  has tried to contact Schulte, whose LinkedIn profile has now been deleted, to no avail. Other media outlets have tried to reach her too, also with no success. Her online profile stated she attended Stanford University and works for an environmental firm in Oakland.

The log, however, outlines the official timeline of the report, much of which has already been told through Snider's now-viral cell phone video. Snider went down to the lake on that Sunday after her husband warned her that he was being harassed by Schulte and that if he ended up in jail, Schulte was the reason why. %INLINE%

The spot where they were on Lake Merritt does not allow for charcoal grills, and Schulte had called 911 to report the two men, who are African-American. On Snider's video, Schulte insists that their race didn't matter, but off-camera, the men said she called them the N-word and told them to get out of the park.

Since then, Schulte has become the butt of many jokes across the country and the city of Oakland has responded with parties and a massive "BBQing While Black" cookout last weekend. This week, Oakland City Councilwoman Rebecca Kaplan nominated Smith for a post on the city's Parks and Recreation Advisory Commission.

Here are some of the highlights of the police log: