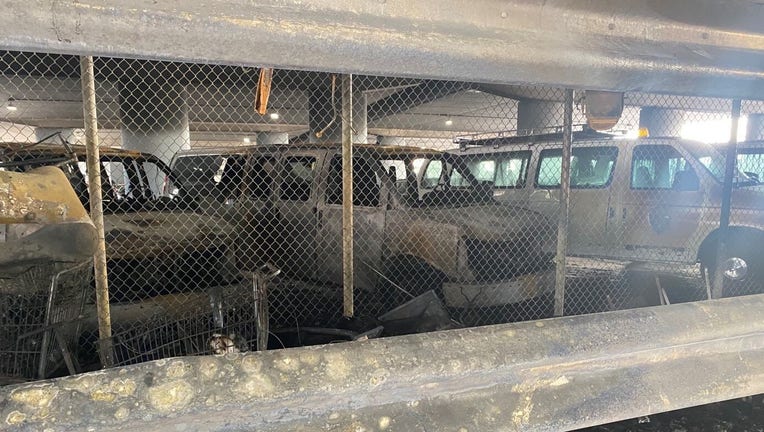 Three police vans in Oakland were wrecked when a fire spread from a grill being used by a nearby homeless person on Broadway in downtown Oakland on Oct. 11, 2022. (KTVU FOX 2)

OAKLAND - A fire that grew out of control from a cooking grill in downtown Oakland destroyed three vans from the Oakland police department's fleet on October 11.

Police said that a homeless person who lived in camp along Broadway said flames "from their lit BBQ grew out of control," first setting their belongings on fire and then spreading to the police department's transportation lot. The fire started at 3:45 a.m.

A photo released by the Oakland police shows the charred wreckage of the vans parked next to each other.

The location on the 500 block of Broadway runs beneath the 880 freeway and is close to the Oakland police department's headquarters.

The destruction of the vans was estimated to cost more than $100,000, police said. Some fencing was also damaged by the fire.

There were no injuries in the fire.