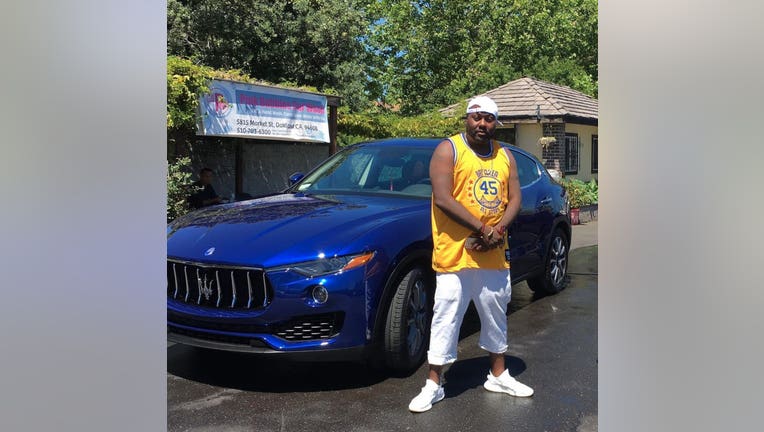 OAKLAND, Calif. - Oakland rapper Mistah F.A.B. took to Instagram Friday night after someone drove off with his blue Maserati. Within 24 hours he recovered his vehicle, thanks to the power of social media.

Mistah F.A.B., whose real name is Stanley Petey Cox, talked about the theft in a series of three profanity-laced Instagram posts.

In his first post, he begins by saying "I left my keys in my car and somebody drove off in my s---." In his second post, which was a 5 minute video, he admits that leaving his keys in his car was "a simple mistake."

Mistah F.A.B. asked that if anyone sees his blue Maserati, to contact him.

The second post, which he sent out Saturday morning, was captioned "Don't be afraid to show your loses."

Mistah F.A.B. described that, while he felt it was an inconvenience that his car was stolen, he wasn't going to let it upset him. He explained that when something like this happens, it is important to keep your head high and remember that there are other people in the world dealing with things that are much worse.

Around 11 a.m. Saturday, Mistah F.A.B. shared his third post, a short video of him back with his car. Someone on social media had reached out with the location of his car. He started by saying how thankful he was to those online who shared his original posts, then walked around and inspected the car.

The Oakland rapper rose to fame in the early 2000s. Some of his greatest hits include "Super Sic Wit It," and "Ghost Ride It."