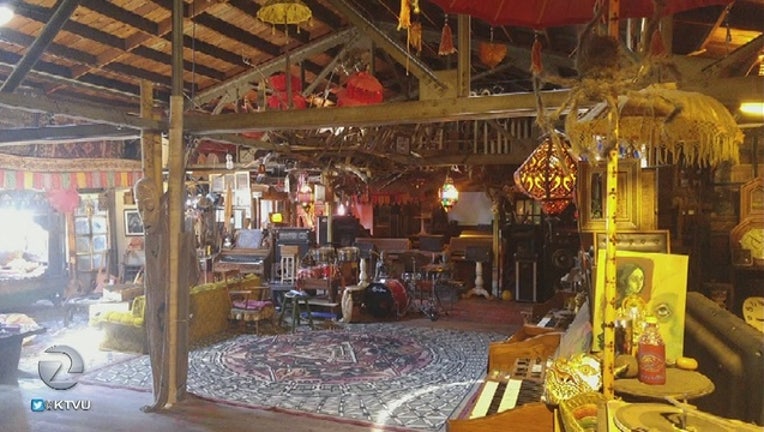 OAKLAND (BCN)-- Oakland City Administrator Sabrina Landreth updated the City Council today on the progress the city has made in improving the safety of unpermitted spaces in the wake of the fire at the Ghost Ship warehouse last Dec. 2 that killed 36 people.

The deadly fire occurred during an unpermitted party at the warehouse at 1309 31st Ave. in Oakland's Fruitvale district, which had been illegally converted into a living and event space.

Mayor Libby Schaaf issued an executive order on Jan. 11 that charged Landreth with directing applicable city departments to implement new protocols and policies aimed at improving safety of non-permitted spaces
while avoiding the displacement of residents.

Landreth said since that time the city has identified 18 non-residential buildings with suspected unpermitted residential occupancies through public notification and a review of current fire and building code
enforcement cases.

Landreth said of those 18 properties, seven have been resolved and the city is continuing to address the other 11.

She said of the remaining 11 properties, the city has confirmed that violations exist for nine of them and is in contact with their owners about those violations.

Landreth said the city is seeking to access the last two properties to investigate possible violations.

"The city has taken steps to expand our inspection capacity and enhance our inspection and compliance protocols, both within the Fire Prevention Bureau and the Planning and Building Department," Landreth said.

She also said the city has accelerated the recruitment process for hiring a new permanent fire chief to replace Teresa Deloach-Reed, who was criticized for the city's response to the fire and retired earlier this year.

Schaaf said, "These challenges are intrinsically linked and their consequences are devastating. While there are no silver bullets or one-size fits all solutions, the city must continue to pursue an array of smart
policies and implement comprehensive reforms that both improve the safety of these non-conforming spaces while avoiding tenant displacement."

Landreth said her report outlines a number of proposed policies that are contingent upon the City Council's approval in the budget process for the next two fiscal years.

"Important strides have been made in identifying unsanctioned and dangerous residences, improving our inspection process, closing the information gap between city departments, and ensuring housing security for
our most vulnerable residents," Landreth said.

But she added, "There is much work that still needs to be done.

The city will continue to work diligently to keep our residents safe."